Olivia Wilde Praises Harry Styles' Talent in Her Movie Weeks After Romance Debut: 'Blew Us Away'

Olivia Wilde had a lot of praise for her current boyfriend Harry Styles as they wrap filming the movie Don't Worry Darling.

The actress and director has been posting tributes to the movie's stars and crew on Instagram, and Styles was the latest to receive a heartfelt post.

In the caption, Wilde explained how most male actors don't want to appear in female-led films and take the lesser role, which in turn makes those movies hard to finance. But Styles jumped in without reservation to play backup to Florence Pugh's leading role.

"No joke, it is harrrrrd to find actors who recognize why it might be worth it to allow for a woman to hold the spotlight. Enter: @harrystyles, our 'Jack,' " Wilde wrote alongside a black-and-white shot of Styles sitting in a classic car. "Not only did he relish the opportunity to allow for the brilliant @florencepugh to hold center stage as our 'Alice', but he infused every scene with a nuanced sense of humanity. He didn't have to join our circus, but he jumped on board with humility and grace, and blew us away every day with his talent, warmth, and ability to drive backwards."

The touching message comes weeks after Wilde, 36, and Styles, 27, were seen holding hands at a friend's wedding early last month. A source confirmed to PEOPLE at the time that they had "dated for a few weeks," at that point.

Styles joined the cast late after Wilde fired Shia LaBeouf from the leading role. Since then, the two struck up a romance while getting to know each other on set.

Earlier this month, a source told PEOPLE the two "seem very serious" and "spend all their time together" while they shot the upcoming film in Los Angeles. The film is Wilde's highly-anticipated sophomore directorial project which she also stars in.

"She is also very happy with Harry," added the source.

The "Golden" singer and the Booksmart director were first seen holding hands at a friend's wedding in Montecito, California, in early January.

Wilde also praised Pugh's performance in the film with a sweet shot of them hugging while looking at daily footage on set.

"To work with an actor as talented and brave as @florencepugh is any director's dream. I will forever be grateful for you, Flo. It was an honor to be your captain. Can't wait for the world to see the astonishing work you've put into this movie. Tom Cruise run + Meryl skills = THE FLO," Wilde wrote. 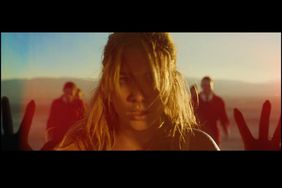 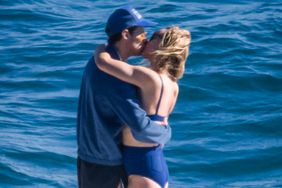 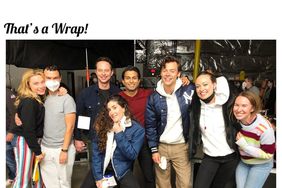 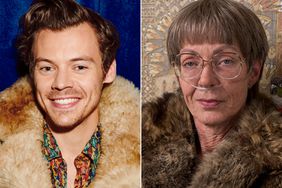 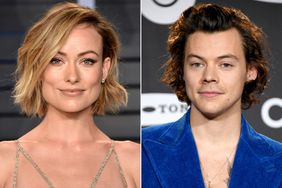 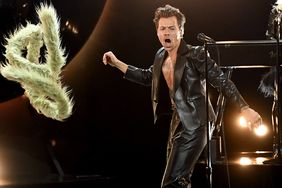 Harry Styles Heats Up the Stage at the Grammys — & Fans (Including Chrissy Teigen!) Are Here for It 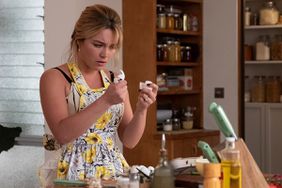