Nyle DiMarco Criticizes Netflix Film 'Sierra Burgess Is a Loser' : 'Pretending to Be Deaf Is Not Ok'

Netflix's latest romantic comedy, Sierra Burgess Is a Loser, is under fire from former Dancing with the Stars champion Nyle DiMarco for an inappropriate joke made in the film.

Netflix’s latest romantic comedy, Sierra Burgess Is a Loser, is under fire from former Dancing with the Stars champion Nyle DiMarco for an inappropriate joke made in the film.

The film centers around high school student Sierra Burgess (Shannon Purser) who catfishes her love interest, Jamey (Noah Centineo) after he mistakenly thinks she is a popular cheerleader he has a crush on. The two begin to have late night telephone conversations in which they get to know each other without ever meeting face-to-face.

DiMarco, who is deaf, called out one of the scenes in the film in which Sierra’s best friend forces her to meet Jamey in person and she pretends to be deaf in order to avoid speaking to him as he could recognize her voice.

While Sierra may have thought she could pretend to be deaf and get away with it, Jamey is actually fluent in American Sign Language since his little brother really is deaf.

The joke didn’t sit well with DiMarco, 29, and he took the time to address it in a series of tweets on Sunday after watching the film.

“So one of my close friends’ deaf brother is in Sierra Burgess. When I learned, I was elated. Finally more deaf actors/representation & ASL inclusion in films,” DiMarco tweeted. “….Only to find out the deaf character was written and used for a terrible joke. PS — pretending to be deaf is NOT ok.”

RELATED VIDEO: Shannon Purser Reveals Noah Centineo Would Sing to Himself on Set of ‘Sierra Burgess Is a Loser’

He continued, “There were homophobic and transphobic jokes as well,” in reference to a scene in which Purser’s character is offended that some people would think she’s a lesbian for the way she looks.

“It is extremely easy to make jokes about marginalized/disenfranchised groups… but that makes you a lazy writer,” DiMarco added. “And honestly you shouldn’t make these jokes AT ALL because our lives are on the line.”

A rep for Netflix did not immediately respond to PEOPLE’s request for comment.

A number fans of the film agreed with DiMarco, with one saying it “really bothered me that Deafness + ASL was only written into the film so that it would fit in ‘nicely’ when Sierra couldn’t speak to Jamey. So frustrating.”

Another tweeted, “When I watched it I thought she was actually going to know sign language and that it was going to be something her and Jamey had in common but NOPE. I hate that part so much. And all the other offensive jokes as well.”

“I’m really disappointed in sierra burgess is a loser,” another Twitter user wrote. “Playing deaf is extremely disrespectful, and the film’s glamorization of it makes me sick. Imagine being deaf & finally seeing someone who knows your language, just for them to sign “s— pizza” then give you a fist pump.”

A different person tweeted, “Things sierra burgess is a loser does that are damaging and dangerous: – disrespects deaf people – teaches girls it’s okay to kiss a boy without his consent – romanticises lying to someone about your identity – suggests apologies aren’t necessary for doing all of the above + more.”

“Uh so. as a deaf person the things i’ve been hearing about that scene in sierra burgess is a loser where she fakes being deaf to get out of talking to people really rubs me the wrong way. being deaf or how isn’t a joke and shouldn’t be treated as such,” another person wrote.

DiMarco opened up about being deaf to PEOPLE in 2016 while competing on Dancing with the Stars. He admitted at the time he “never wanted to hear.”

“If I’d been born into a hearing family and went to a public school, I would have probably felt much more isolated, and being deaf would have become my identity,” he said. “Since I knew my deaf identity since birth, it wasn’t hard for me to be comfortable, confident and independent in a hearing world.” 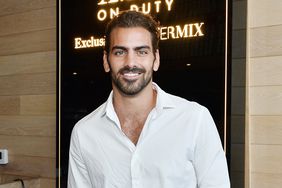 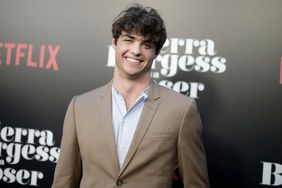