Notting Hill turns 20 and the Richard Curtis romantic drama is still a classic.

The film, which came out in 1999, starred Julia Roberts and Hugh Grant in the lead roles of movie star Anna Scott and bookstore owner William Thacker.

But while Roberts, 51, and Grant, 58, gave fans of the film a relationship to root for, Roberts wasn’t always interested in the movie.

1. Roberts didn’t have interest in playing a movie star, calling the role “boring.”

The actress read the script in June 1997, but she was less than thrilled to play a part that hit so close to home, telling her agent, “How boring. How tedious — what a stupid thing for me to do,” she recalled to Vanity Fair.

She’d read the script because she was a fan of Curtis’, who was best known for writing Four Weddings and a Funeral. Despite her misgivings, she ended up signing on. “F—, I’m going to do this movie,” she said.

2. Roberts wasn’t the inspiration for Anna Scott, although both were big movie stars.

Curtis told Vanity Fair he sought inspiration from Grace Kelly and Audrey Hepburn, “neither of whom were available,” he cheekily told the magazine.

The idea for the film came to Curtis during a few sleepless nights. “I would sometimes wonder what it would be like if I just turned up at my friends’ house, where I used to have dinner once a week, with the most famous person at that time, be it Madonna or whomever,” he said.

“It all sprang from there. That was the starting point, the idea of a very normal person going out with an unbelievably famous person and how that impinges on their lives,” he added.

3. Grant and Roberts were both attached to Shakespeare in Love at different times.

The actor auditioned for the role of William Shakespeare, while Roberts was set to play his love interest and muse, Violet, opposite Daniel Day-Lewis. When the actor didn’t sign on, Roberts left the project.

All’s well that ends well. The role of Violet eventually went to Gwyneth Paltrow, who won the Oscar for Best Actress in 1999. Roberts would go on to win her own Oscar in 2001 for Erin Brockovich.

4. Grant found himself intimidated by Roberts.

When it came time for Grant to audition for the role of Will, he was attacked by a case of nerves.

“I was a very, very unemployed, pathetic actor at the time,” he told Vanity Fair. “I remember being so intimidated by the fact that she was in the room that I got myself in a sort of kerfuffle and missed the chair when I sat down.”

He clarified, “I sat on the arm of the chair, then had that very awkward inner debate about whether to say, ‘Actually, I’ve missed the chair,’ or to pretend that I was really a slightly quirky sort of character who always sits on the arm.”

5. There was one line in the film Roberts hated.

In a scene in which Anna is lying in bed with Will, she quotes a famous line Rita Hayworth said after she starred in Gilda: “They go to bed with Gilda, they wake up with me.”

“I hate to say anything negative about what Richard wrote because he’s a genius, but I hated saying that line,” she told VF. “To me, it was nails on a chalkboard. I don’t really believe any of that.” 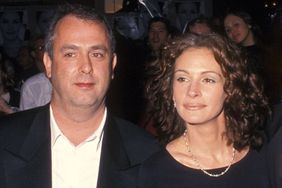 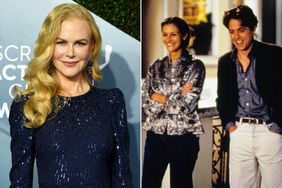