Kidman was honored at the 2019 British GQ Men of the Year Awards in London on Tuesday, where she told Entertainment Tonight how she ended up playing Gretchen Carlson in the upcoming Fox News movie Bombshell.

“I remember Meryl Streep saying to me, when I said, ‘Oh, should I play Gretchen Carlson?’ She was like, ‘Yes, you should.’ So when Meryl says, ‘Yes, you should,’ you do what she says,” Kidman, 52, said.

The film stars Kidman alongside Charlize Theron and Margot Robbie as women who claim they were sexually harassed by former Fox News CEO Roger Ailes, played by John Lithgow. Theron plays Megyn Kelly, a former anchor for the network who, along with Carlson, claimed sexual harassment from Ailes during their careers.

Carlson and Kelly’s allegations, along with other women at the network, led to Ailes’ resignation from the company in July 2016. He died almost a year later in May 2017.

Carlson’s sexual harassment lawsuit against Ailes was one of the first building steps towards the #MeToo movement that would later become prevalent in the fall of 2017.

The first teaser trailer for the movie dropped last month, with fans quickly raving over how much Theron transformed into Kelly. Even Kidman was taken aback by Theron’s transformation when she first saw her on set.

“I walked on the set with Charlize and I was like, ‘Are you kidding me?'” Kidman recalled. “I was like, shocked. And that was in person, up close. I couldn’t believe it was her.”

The forthcoming film marks the latest of Theron’s transformations for a role. The actress, 44, won an Oscar for her unrecognizable performance as a serial killer in 2003’s Monster, shaved her head in 2012 for Mad Max: Fury Road and gained 50 pounds for 2018’s Tully, which earned her a Golden Globe nomination. 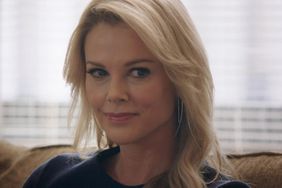 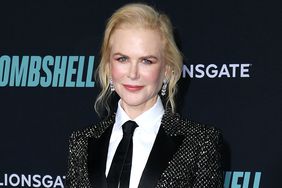 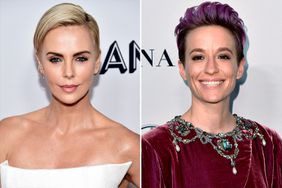 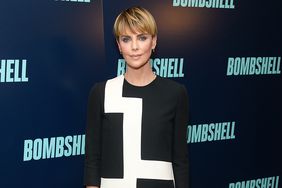