Nicole Kidman Receives Sweet Birthday Tributes from Keith Urban, Reese Witherspoon: 'So Lucky to Have You'

Nicole Kidman is the birthday girl!

The Bombshell actress turned 53 on Saturday and received an outpouring of love on social media, including from her husband Keith Urban.

Kidman and Urban have been married since 2006 and share two children: daughters Sunday Rose, 11 and Faith Margaret, 9. She is also mom to her children with ex-husband Tom Cruise, daughter Isabella, 27, and son Connor, 25.

Along with commenting on Urban's post, "Happy Birthday Nic!! 💖," Witherspoon, 44, posted her own birthday tribute to Kidman on Instagram, sharing three photos of the pair together.

"Happy Birthday to my dear friend, my fierce creative partner, my Australian sister!! @nicolekidman, I’m so lucky to have you in my life...learning and laughing with you! I’m celebrating YOU today!! ✨💕🎂," she wrote.

Recently, Kidman has been on the mend after she broke her ankle while going on a run. Last month, the actress thanked her fans for their "well wishes."

News of Kidman's injury was first made known by Urban when he appeared on the Australian show The Project last month.

"She broke her ankle so there’s not been a whole lot of dancing in the house," the country star said. "About five weeks ago, she was running around the neighborhood as she does and just didn’t see a pothole and rolled her ankle and got a small break in her ankle."

"She's been relegated to the boot for the last handful of weeks and is still getting through it," Urban added. "But her spirits have been amazing, I gotta say. She’s been handling it way better than I would’ve." 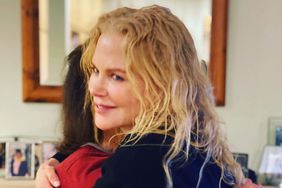 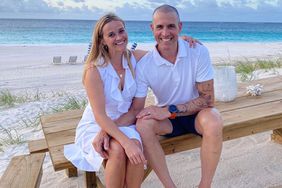