Being the Ricardos opens in theaters Dec. 10 and hits Prime Video on Dec. 21

Nicole Kidman and Javier Bardem are going all-in for their latest roles.

The trailer mostly teases at Kidman's transformation with the Oscar-winning actress narrating as Ball throughout as scenes from the film play. The big reveal comes near the end as Kidman recreates Ball's iconic grape stomping scene from I Love Lucy.

Being the Ricardos focuses on Ball's life with Arnaz, whom she married in 1940 and split from in 1960. They both starred together in the popular 1951 sitcom I Love Lucy.

Both Kidman and Bardem's casting was criticized by some fans, with some taking issue with Bardem, who is Spanish, playing Arnaz, since he was Cuban-American.

However, Sorkin (The West Wing) has said that casting Kidman and Bardem as the I Love Lucy stars was more about Ball and Arnaz as actors rather than their characters on the sitcom.

"I think that the people thought that we've cast them as Lucy and Ricky Ricardo," Sorkin told Entertainment Tonight in February. "The film takes place during a production week of I Love Lucy – a Monday table read to Friday audience taping, with a whole bunch of long flashbacks which are telling the story that got us here – and because there's a table read, there's rehearsals and then there's tape night, we do see moments of them being Lucy and Ricky Ricardo."

In January, Kidman told Variety that she was looking forward to taking on the role of the iconic actress.

"I was like, 'Yeah, I would love to give it a go,'" the Big Little Lies star said of being offered the part. "With Aaron's words and his direction and Javier [Bardem]… that's kind of a wonderful prospect to, you know. But yikes, off we go. Give it a go. Try my best—see if I can do it."

Being the Ricardos opens in theaters Dec. 10 and hits Prime Video on Dec. 21. Watch the full trailer above. 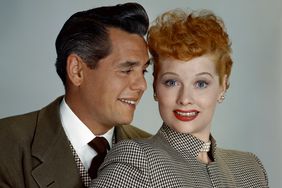 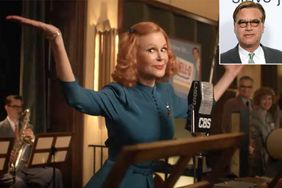 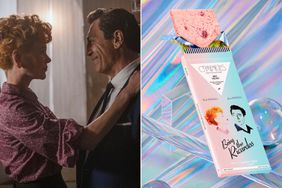 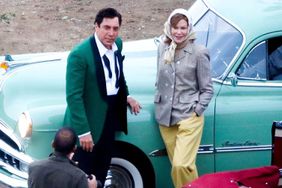 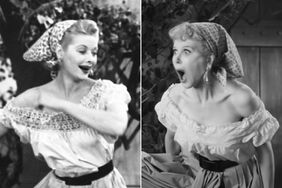