One of those extras, Loren Anthony, told The Associated Press on Thursday that he and eight other Native American actors left the production of Sandler’s spoof, The Ridiculous Six, after producers failed to heed their concerns over the film’s alleged misrepresentation of Apache culture.

“We were supposed to be Apache, but it was really stereotypical and we did not look Apache at all. We looked more like Comanche,” he explained to Indian Country Today Media Network.

“One thing that really offended a lot of people was that there was a female character called Beaver’s Breath,” the actor added.

Allison Young, another Native American involved with the production, told the website, “When I began doing this film, I had an uneasy feeling inside of me and I felt so conflicted.” When she tried addressing her concerns to producers, Young says, “They just told us, ‘If you guys are so sensitive, you should leave.’

“I was just standing there and got emotional and teary-eyed. I didn’t want to cry but the feeling just came over me. This is supposed to be a comedy that makes you laugh. A film like this should not make someone feel this way.”

Netflix, the company that signed Sandler to a four-movie contract, including The Ridiculous Six, defended the film to ABC News, saying, “The movie has ridiculous in the title for a reason: because it is ridiculous. It is a broad satire of Western movies and the stereotypes they popularized, featuring a diverse cast that is not only part of – but in on – the joke.” 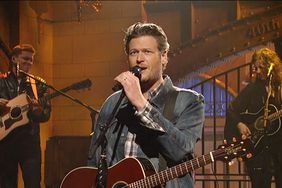