Natalie Portman has a fresh spin on the hugely popular “Dolly Parton Challenge” that’s taking over the internet.

On Friday, the Lucy in the Sky star, 38, shared her take on the now-viral meme — which involves social media users sharing a photo collage of profile pictures they would use on LinkedIn, Facebook, Instagram and Tinder. However, instead of using shots of herself, Portman opted to use the opportunity to give a nod to her famous look-alikes.

For her take on the meme, Portman posted a portrait of Millie Bobby Brown for what she’d use on her LinkedIn profile, a still of Giada De Laurentiis as her Facebook picture, a shot of Keira Knightley as her Instagram avatar and a bikini pic of Emily Ratajkowski as the one she’d have up on Tinder.

“This is how you do this, right? ? #dollypartonchallenge,” Portman captioned the meme on Instagram.

She also tagged Brown, De Laurentiis and Ratajkowski in the post. (Knightley does not have her own verified account.)

“#honored,” Ratajkowski responded in the comments.

This was not the first time Portman publicly acknowledged her resemblance to her fellow stars. In 2018, after portraying Brown’s beloved Strangers Things character during a sketch on Saturday Night Live, the Oscar winner revealed that she had actually spoke to the young actress about their similar looks.

“I met Millie at the Golden Globes a few months ago. She came up to me and was like, ‘People keep telling me I look like the kid version of you!'” she said during an interview with MTV News. “I was so flattered because she’s absolutely adorable and so talented. I’m like, ‘That is very nice, but I think you’re your own magical person.’ But it was fun to give a nod to that on SNL.”

Portman added, “I see that there’s something there, but I also find her much more magical than I see myself.”

That same year, Knightley also addressed her uncanny resemblance to Portman, sharing on The Late Late Show with James Corden, that she gets mistaken a lot for the Black Swan actress. 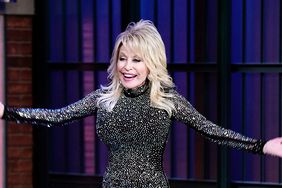