Naomi Watts and Liev Schreiber have split up after 11 years as one of Hollywood’s most enduring couples.

The former duo, who have two children together, Alexander (Sasha) Pete Schreiber, 8, and Samuel Kai Schreiber, 7, announced their breakup in a joint statement to PEOPLE on Monday.

“Over the past few months we’ve come to the conclusion that the best way forward for us as a family is to separate as a couple,” read the statement.

While they appeared happier than ever as recently as the Toronto International Film Festival, where they shared a bevy of flirty photos on Instagram, their relationship was the subject of scrutiny over the years, particularly over the issue of marriage.

Watts, 47, and Schreiber, 48, met at the Metropolitan Museum of Art’s annual costume ball in 2005 and immediately hit it off. The actor recently recalled the story in a profile for Esquire, telling the magazine that when he first saw Watts she was like “a ray of light.”

The story goes that Watts invited him out dancing after the Met Gala, but when Schreiber got to the club later in the evening, he found her surrounded by a group of actors, including Sean Penn and Benicio Del Toro.

“I think I was nervous, and I felt very embarrassed being there, and self-conscious, because all these movie stars were hovering, and I felt … awkward and out of my element,” he said. But when he started walking out of the club, Watts chased him down and gave him her “digits.”

The two went out for cupcakes the following day.”It was very silly – very romantic,” Schreiber said. “And we had a kiss – not a big kiss, but it was a kiss that was like, ooh. Then she went back to L.A. and I wrote her all the time. Lots of emails. I think that was it – seduced by email.”

He adds, “I decided I was going to make a family with this person. For better or for worse, I stepped into a partnership with somebody. We were gonna bring kids into this world and try to love and respect each other.”

According to PEOPLE reports at the time, Schreiber and Watts also attended a U2 concert together in Manhattan, where the “Australian actress spent the night sitting on the Manchurian Candidate star’s lap before going backstage to meet the band.” They also reportedly met up at an afterparty for a Sting concert and a roast for actor Fisher Stevens, before that fateful coffee date at N.Y.C’s famed Magnolia Bakery.

After seven months of dating, Watts brought Schreiber home to her native Australia for Christmas in 2006. The couple also starred together in a film for the first time that year in The Painted Veil.

Watts announced she was pregnant with their first child in 2007, and in the spring of 2008 she gave birth to a baby boy, Alexander Pete Schreiber. Describing her pregnancy to PEOPLE, Watts said she was “just being relaxed and moving at a much slower pace and enjoying it. I’m just really happy to be pregnant.” Added Schreiber at the time: “She’s great. In fact, I’ve never seen anyone handle a pregnancy so well. She’s amazing.”

Their second son, Samuel Kai, was born a little over a year later, in December 2008. Speaking shortly before Watts gave birth, Schreiber told PEOPLE, “Our first baby came early and I suspect this one will as well. Life gets a lot busier – it also gets a lot more enjoyable in many aspects.”

For the actor, once known for being intense and guarded, fatherhood was a positive change. Whether playing in the sand at the beach, swimming in a pool in Italy or carrying his sons high atop his shoulders on the streets of New York, Schreiber was clearly relishing fatherhood. “I’m older physically, but spiritually much younger,” Schreiber told PEOPLE in 2009.

While engagement rumors persisted, the couple appeared unfazed and happy. In 2011, they were spotted arm-in-arm during a star-studded birthday party at The Surf Club in Montauk, N.Y. Later the next year, they were photographed together at New York’s Double Seven, holding court in a booth with Payne designer Heather Payne.

As their boys grew older, Schreiber and Watts were often spotted riding around N.Y.C. on their bicycles with their boys onboard. “My sons and I are biker boys,” Schreiber, 45, told PEOPLE in 2012. “It’s my favorite way to get around the city and the kids absolutely love it. They have the best time and they would rather go on a bike than any other form of transportation.”

But balancing parenthood and their careers wasn’t always easy. “They are growing up too fast and it’s tough to leave them,” said Schreiber. “When you are working as much as Naomi and I are working, there’s some guilt. I want to be present and experience all the milestones. Both of us are getting pulled so I don’t take time with them for granted. Every day with them is remarkable to me.”

But the couple’s relationship continued to appear strong. In 2013, they were spotted at a Golden Globes party in West Hollywood. “With Schreiber sipping on a glass of red wine with one arm draped adoringly around the beaming Watts’s waist, the duo couldn’t look any more in love,” PEOPLE reported. Later that year, Watts and Schreiber took the kids on a trip to Australia, where they were spotted frolicking in the surf at Bondi Beach.

In 2014, Watts did express some regrets about her family life, saying she wished she had started having children earlier. “I should have had more kids, started younger,” the actress told MORE. She also spoke about their differing parenting styles: “Liev has a lot more courage than me. He’s always saying, ‘Let the kids do it. Take the training wheels off!’ My bit of fear balances him, and he balances my fear.”

Last year, Watts and Schreiber appeared together at the Emmys, where the actor was nominated for his role on Ray Donovan. The entire family was photographer together a few months later at a special family-friendly screening for The Peanuts Movie. The two began filming The Bleeder together later that winter, and were spotted smooching on set while playing real-life husband and wife Chuck and Linda Wepner.

Earlier this year, Watts missed out on attending the 2016 Golden Globes, but she made sure to wish Schreiber the best on his nomination for Ray Donovan. She posted a picture of the actor with his two sons on Instagram, caption, “Good luck tonight to this one!!” Later that month, the entire family was again spotted together at the premiere of Kung Fu Panda 3.

Schreiber appeared on The Ellen DeGeneres Show this summer, and opened up again about the difficulties of raising children on an actor’s schedule. “It’s tough. The kids are at that age where you kind of want them to have a continuity with friends and school,” he said, telling the host that not having a set schedule where he gets to see them is “awful.”

Schreiber noted that Sasha and Kai are in a great school in New York City and that he and Watts are trying out the bi-coastal scenario to give his children stability and an environment where they can be around their friends. “You have to put them first at a certain point, and the back-and-forth thing can get tough,” he added. “It’s hard on me most, I think.”

But any signs of marital trouble were seemingly put to rest at the start of awards season. The couple were all smiles on the carpet of the Venice Film Festival, where they were promoting The Bleeder. They continued their tour the next week at the Toronto Film Festival, where they posted numerous pictures of themselves to Instagram. Just three weeks later, they announced their split.

“It is with great love, respect, and friendship in our hearts that we look forward to raising our children together and exploring this new phase of our relationship,” the couple said in their statement.

“While we appreciate your curiosity and support, we ask the press to be mindful of our children and respect their right to privacy.” 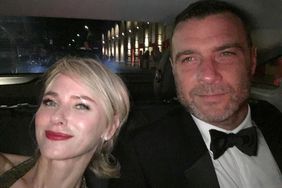 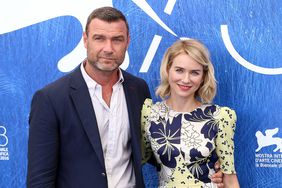 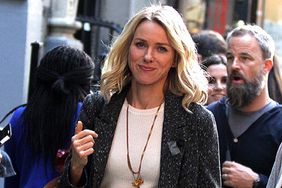 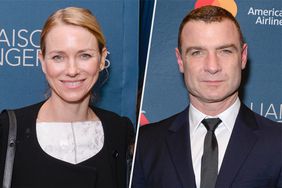 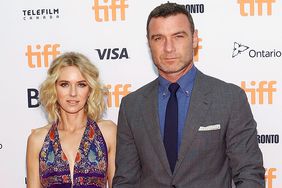 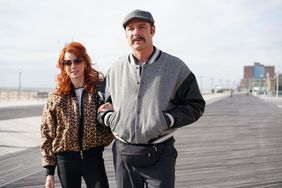 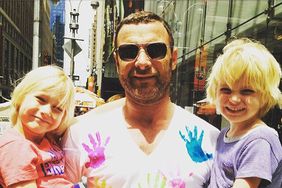 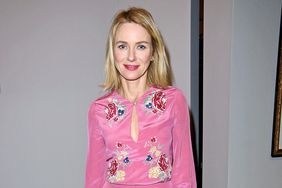 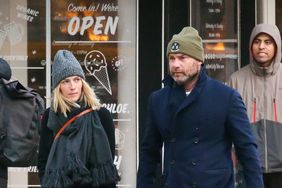