"I accept the responsibility as your elder," Jurassic World star Chris Pratt joked while accepting the Generation Award at the MTV Movie & TV Awards

Chris Pratt got biblical during the 2018 MTV Movie & TV Awards.

The actor received the Generation Award from his Jurassic World costar Bryce Dallas Howard and his Parks and Recreations love interest Aubrey Plaza at the show.

The Guardians of the Galaxy star 38, took his responsibility as a generational icon seriously and decided to impart his wisdom on the audience when he accepted the honor.

“Real quick, thanks to my mom and my dad and my brother, Cully, my sister, Angie. I love you. I love our family. We didn’t have a pot to piss in growing up, but we laughed our butts off every day, and we still do,” Pratt said during his acceptance speech. “A special mention to my son Jack, who will watch this one day. I love you, I love you more than anything in the world. And the fans, I wouldn’t be here without you. Thank you. This being the Generation Award, I’m going to cut to the chase and I am going to speak to you, the next generation. I accept the responsibility as your elder. So, listen up.”

Pratt then went on to offer his “Nine Rules from Chris Pratt, Generation Award Winner.”

The remainder of his guidelines covered a mix of excrement and religion.

“No. 3: Don’t be a turd. If you are strong, be a protector. If you are smart, be a humble influencer. Strength and intelligence can be weapons, so do not wield them against the weak. That makes you a bully. Be bigger than than,” Pratt said.

“No. 4: When Giving a dog medicine, put the medics in a little piece of hamburger and they won’t even know they’re eating medicine.

“No. 5: It doesn’t matter what it is. Earn it. A good deed. Reach out to someone in pain. Be of service. It feels good and it’s good for your soul.”

He continued, “No. 6: God is real. God loves you, God wants the best for you. Believe that; I do.

“No. 7: If you have to poop at a party, but you’re embarrassed because you’re going to stink up the bathroom, just do what I do. Lock the door, sit down, get all of the pee out first. And then, once all the pee is done, poop, flush, boom! You minimize the amount of time that the poop’s touching the air. Because if you poop first, it takes you longer to pee and then you’re peeing on top of it, stirring up the poop particles, create a cloud, goes out, then everyone at the party will know that you pooped. Just trust me, it’s science.

The actor finished strong with his last principle, urging people to embrace their flaws.

“Nobody is perfect,” Pratt stated for rule No. 9. “People will tell you that you are perfect just the way that you are, you are not! You are imperfect. You always will be, but there is a powerful force that designed you that way, and if you are willing to accept that, you will have grace. And grace is a gift, and like the freedom that we enjoy in this country that grace was paid for with somebody else’s blood. Do not forget that. Don’t take that for granted.” 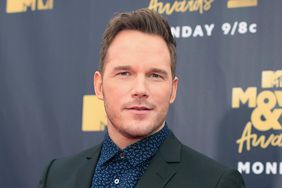 Chris Pratt Denies Hollywood Is 'Anti-Christian or Anti-Religious': 'It's Just Not the Case'