"It's sad, but it's also an incredible opportunity almost two years later to see her so alive and so vivid and powerful," Landing Up's director tells PEOPLE.

E’Dena Hines, a budding actress and step-granddaughter of actor Morgan Freeman, was brutally murdered just days after completing what would be her final film, Landing Up, in the summer of 2015.

Nearly two years later the first trailer for the film, which tells the story of two young homeless women, is being released and PEOPLE has the exclusive first look at Hines’ final performance.

Hines stars as a street-smart homeless woman named Cece who teams up with her best friend Chrissie, played by the film’s screenwriter, Stacey Maltin, to seduce men into giving them food and shelter. All the while, Cece and Chrissie dream of finding their own apartment and forming stable relationships.

“We saw her two days before she died,” Maltin, who also produced the film, tells PEOPLE. “She came over to the studio asking to see some of the footage, but it wasn’t ready at that point. We had really just finished shooting it,” she explains.

Maltin told Hines she’d check in with her in a few days, after they’d cut some of the film together. “And then two days later she was murdered,” Maltin says. “I’ll just never forget saying no to that, because now I know she’ll never get to see her work in the film. That really hurt in a lot of ways, because she’s so great in it. I just wish we could’ve given her that. Not that it would’ve changed anything.”

Hines’ future was cut short tragically when the 33-year-old was brutally stabbed to death in August 2015. In a statement to PEOPLE, the New York Police Department named her boyfriend, Lamar Davenport as the alleged killer. Davenport, 30, was later charged with second-degree murder.

Daniel Tenenbaum, who directed the film, says Landing Up’s subject matter reminded Hines of Davenport. “There were some moments when we couldn’t really figure out if we were talking to E’Dena or Cece,” the director says. “And I think part of it has to do with some of her background, or her boyfriend’s background. He had some experience in homeless shelters, so this was something that was close to her. She talked to us in rehearsals about how this did feel personal to her.”

Both the director and actress are still grappling with the loss. “She was an amazing person, and an amazingly talented actress,” Maltin says. “What happened to her was just the worst and so tragic. I’m still in shock, we really couldn’t even believe it for a long time. When you act with somebody like that, especially playing these characters, we got really close. You feel the intensity of that relationship, and she was able to dive so far into her character. It was really amazing to be a part of, and I feel very lucky that she can into our lives for this.”

When they finished filming Landing Up, Hines, Maltin and Tenenbaum spoke of working together again in the future. “We stayed in touch after we shot the film, and we had a few meetings, the three of us, and already had plans to work on some other stuff that she had written,” says the director. “We were really trying to continue this relationship that was really powerful and amazing.”

Landing Up will premiere at the Dances with Films festival in Los Angeles on June 7, and in New York City on June 17. “Every time we see her onscreen or on the posters, it’s just like she’s visiting us,” Tenenbaum says.

“I’m sure that she would have been really proud of this film, and I think her performance speaks volumes to that,” he adds. “It’s sad, but it’s also an incredible opportunity almost two years later to see her so alive and so vivid and powerful. It’s bittersweet.” 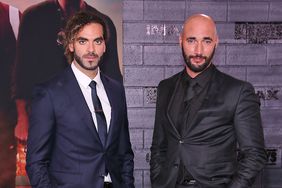 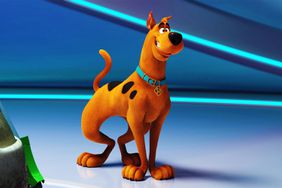 'Heartbroken' Directors Speak Out After 'Practically Finished' 'Scoob!' Sequel Is Scrapped by Studio 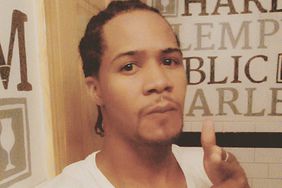 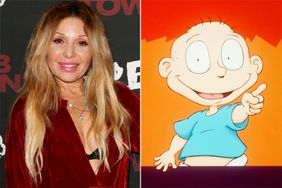 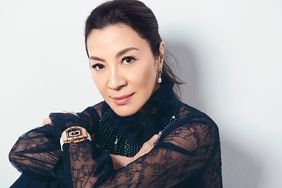