There’s more to Emily Dickinson than meets the eye.

Though the famed poet is remembered as a stiff writer who shut herself from the outside world in the later years of her life, the new period comedy Wild Nights with Emily paints a much different story of one of the world’s most famous female writers. Played by Molly Shannon, Dickinson is funny and strong and deeply attached to Susan Huntington Gilbert Dickinson (Susan Ziegler) — the purported real muse behind her poems.

“She’s perceived as a spinster recluse who wanted her poems burned upon death,” Shannon, 54, told Entertainment Weekly. “That story was fabricated…. She was a lively woman who 100 percent wanted to be published and went up against big men at the head of literary journals, [while] she had a love life — with her brother’s wife [Susan].”

Shannon continues, “This is everything she wrote about. It’s such an important movie, to correct and change history and tell the truth!”

And there’s evidence to back the new retelling of Dickinson’s story. A 1998 New York Times article explained how infrared light led to the discovery of Susan’s name on at least 11 of Dickinson’s texts before it was erased. This was likely done by Mabel Loomis Todd, her brother’s mistress who found her poems and later published a small collection of them four years after Dickinson’s death in 1886.

The movie, based on the letters between Dickinson and Susan, aims to tell the real story behind the famous name. The trailer immediately sets the tone as a narrator juxtaposes how Dickinson is remembered with images of the poet doing the exact opposite.

“They called her the myth. Too much has been made of late of Emily Dickinson’s famous reclusivity. Let me tell the real story about this special poet,” the narrator says.

Wild Nights with Emily will be released in limited theaters staring April 12. 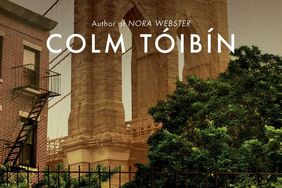 He's 42, She's 99—Together They Make the South Rise Again

Sci-Fi, of Course, but Ray Bradbury's Literary Exploits Go Well Beyond Either Science or Fiction 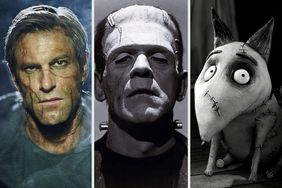 VIDEO: 13 of the Strangest Frankensteins in Pop Culture History