Miley Cyrus has the best of both worlds: The singer/actress is set to hit the big screen with her new Hannah Montana movie and is getting ready to perform at Sunday’s Academy of Country Music Awards.

But as much as Cyrus loves to sing, she says she’s psyched about pursuing her film career right now. “I think after people see the movie, they’ll see it’s really what I love,” she says. “It’s my main passion.”

In fact, Cyrus, 16, has already lined up her next project in Hollywood. “Right now I’m working on a movie with Nicholas Sparks, which is what I want to continue to do … to do drama,” explains Cyrus. The project, The Last Song – penned by The Notebook author – is a drama about a rebellious young woman spending the summer with her estranged Dad.

Although she’s ready to focus on expanding her career, Cyrus calls the big screen version of Hannah Montana “a good first step” to her goal of being taken really seriously as an actress. “It’s allowing the fans to continue to stay with me and not go too far to soon, but also be able to do something that I really love, and that’s film.”

Cyrus admits that the transition from being a ‘tween Disney star to a teen movie actress can be a challenge. “Growing up is important, and I’ve got to do that gracefully, but also keep myself at a good pace,” she tells PEOPLE.

Alas, her hectic schedule means she won’t be able to let loose after this weekend’s award ceremony in Las Vegas. “I gotta work!” she says. “I’m only there for three hours! I perform and I leave, so no time to party for me!” 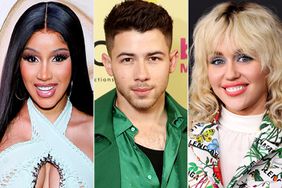 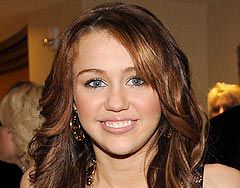