On Tuesday, the couple, who last attended an event together in October 2016, walked hand-in-hand on the red carpet at the TCL Chinese Theater. Cyrus, 24, wore a black and multi-colored floral dress from Maria Escote’s Spring 2018 ready-to-wear collection with blue mascara and Liam, 27, looked dapper in a black suit and color coordinated tie.

Ever since reconciling last fall, the Younger Now singer and the Hunger Games actor, who dated for three years before splitting in 2013, have kept their relationship out of the spotlight.

In a recent interview with Howard Stern, Cyrus revealed the reason behind their breakup.

“I had to. I don’t like when relationships are two halves trying to make a whole,’ The Voice judge told Stern during his first appearance on his radio show. “So, I don’t think that I have that co-dependency. I think people that break up and get back together, that’s awesome.”

Adding, “You get time to be yourself. You get time to grow up. I think if you’re growing up attached to another person, you never really get solid as your own being.”

Also at the Thor: Ragnarok premiere were the film’s stars Cate Blanchett (in Gucci), Mark Ruffalo and Tessa Thompson (in Schiaparelli). 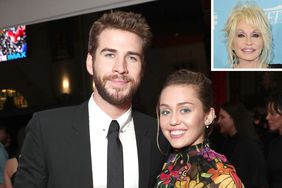 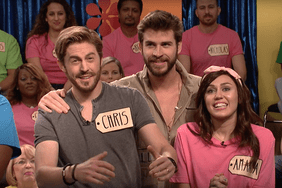 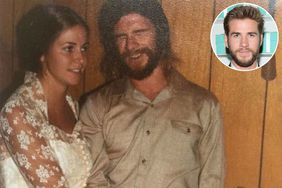 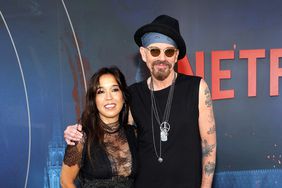