Miley Cyrus Is 'Stoked' About Her No. 1 Movie

She’s already enjoyed a sold out tour, and now has the No. 1 movie in the country. Her 3D concert film Hannah Montana & Miley Cyrus: Best of Both Worlds Concert grossed $29 million over the weekend. “I’m super stoked,” the 15-year-old singer/actress told Ryan Seacrest on his KIIS-FM radio show Monday. “Even for the people who already went to the concert, there’s more than the show,” she said. “There is the drama of it all too.”

Cyrus said she especially appreciated everyone’s cooperation as they shot the film, noting, of course, that the camera crews definitely got into people’s way. She told Seacrest, “Everyone sacrificed … for me because this is something that I really wanted.”
–Brian Orloff

Miley Cyrus Is Happy Her Latest Single Is 'Angry' 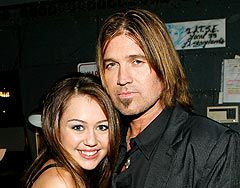 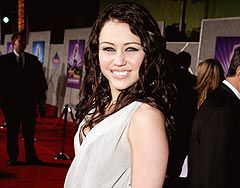