No one was more impressed with Tom Hardy‘s performance in Venom than his costar Michelle Williams.

The actress, 38, shared her impression of the actor, 41, in an exclusive PEOPLE clip from the upcoming Blu-ray/DVD/Digital release.

“When he’s doing the alien-inside-the-body stuff I bring a bag of popcorn,” she shared. “I’m just like, ‘I’m here to watch. Oh! My line? Sorry, sorry I was just watching the way that the alien lives inside of you.'”

Williams portrayed Anne Weying, an attorney who is engaged to Hardy’s Eddie Brock. Brock, an investigative journalist, comes into contact with an alien symbiote, Venom, that imbues him with superhuman abilities.

Costar Reid Scott, who played Dr. Dan in the film, said, “I can’t even begin to fathom what it was like to try to put this character together.”

“His character is having this seeming nervous breakdown. He’s being… possessed by this alien,” Scott continued of Hardy’s Brock. “It’s been amazing to watch him do it, I know he’s exhausted!”

In October, Hardy told Entertainment Tonight at the Venom premiere in Los Angeles that he relied on his 10-year-old son Louis as he prepared to star in the Spider-Man spinoff.

“He was pretty much in the driving seat for a lot of it, and I did use him as my anthology and my mythology wizard,” Hardy said. “He told me what I was doing wrong, and I was doing more things wrong than I was doing right because children are deeply honest. He was my little spirit guide in that aspect.”

Hardy has already faced his harshest critic: “As far as I’m concerned, I passed his [test], and that’s the best I can do.” 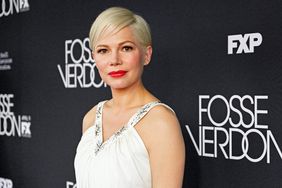 Michelle Williams Craves More of Her She-Venom Character in Sequel: 'I Hope I Get Equal Time' 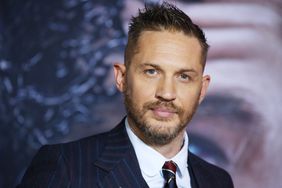 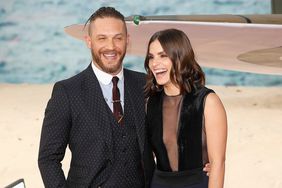 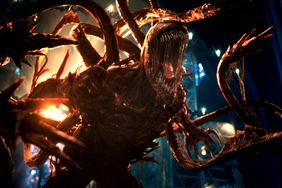 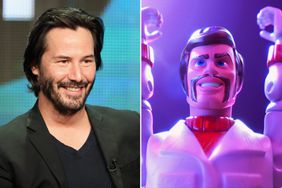