"It's like this huge storm has passed and the sun came out and you can enjoy your life again," Michael Douglas tells PEOPLE of his son's sobriety

When Cameron Douglas was released from prison in 2016 after nearly eight years behind bars for drug-related offenses, his dad, Hollywood icon Michael Douglas, was finally able to exhale, if just a little bit.

Michael, 75, was, of course, grateful Cameron, 40, had made it through his incarceration and even more so that he’d emerged sober. But the Oscar winner acknowledges his reactions evolved as time went on.

“It went from feeling [cautious] to relief, to the joy of having Cameron back,” Michael tells PEOPLE exclusively in this week’s cover story.

“It’s like this huge storm has passed and the sun came out and you can enjoy your life again without looking over your back. It’s a wonderful feeling of being complete.”

While Cameron’s drug journey began in his teens and escalated into full-blown cocaine and heroin addiction by his 20s, attempts by Michael and Cameron’s mother, Diandra, 63, a former model and producer, mostly fell on deaf ears over the years.

“It’s the sneaky power, the stranglehold that addiction has when you’re in the throes of it,” says Cameron, whose upcoming powerful memoir, Long Way Home, is excerpted exclusively in this week’s issue.

“When you get that far down the rabbit hole, there are a couple options: there’s prison and then there’s death.”

In fact, Michael admits he pulled away some from Cameron at certain points.

“There were moments when hope dwindled… and then it’s just a train out of the station,” recalls the Kominsky Method star. “You go from compassion for somebody you love and worry about and you balance that with your own hostility and anger as it begins to increase… I remember him looking at me and I said, ‘Listen, you know I love you but I am going to protect myself and the family.”

Michael Douglas on Son Cameron’s Harrowing Drug Addiction: ‘I Thought I Was Going to Lose Him’

Since Cameron’s release from prison in 2016, Michael has enjoyed an increasingly close bond with his first-born son and appreciates the dedication and commitment Cameron has shown to turning his life around.

Today, Cameron is raising his beloved 22-month-old daughter Lua with longtime girlfriend Viviane Thiebes, 41, a yoga instructor. He tells PEOPLE he’s working on restarting his acting career and feels deep gratitude that his family never gave up on him. He also hopes sharing his story will help other addicts “seek help – and maybe save a life,” says Cameron.

As for Michael, he’s grateful for the way things have ultimately turned out for Cameron. “I’m very proud of him, not only for the book but for the way he conducts his life,” he says. “He’s talking the talk and walking the walk.” 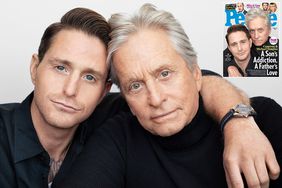 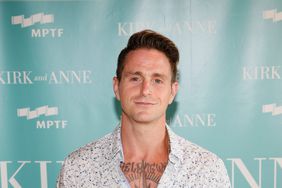 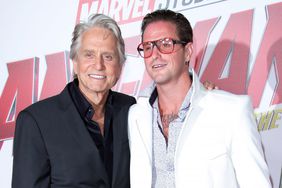