Michael B. Jordan Says He Would Return for 'Black Panther 2' If Asked: 'We Created a Family'

Michael B. Jordan, who is promoting the WELL Health-Safety rating, chats with PEOPLE upcoming projects, the Biden administration and more

If the powers that be within the Marvel Cinematic Universe decide we haven't seen the last of Erik "Killmonger" Stevens in Wakanda, Michael B. Jordan is 100 percent on board.

Speaking with PEOPLE, surrounding his partnership with the International WELL Building Institute and its WELL Health-Safety Rating, the reigning Sexiest Man Alive says that returning to the MCU for Black Panther 2 would be a no-brainer, should he be invited back into the cast to reprise his villainous role.

"That's something that is very, very near and dear to my heart for a lot of obvious reasons," says Jordan, 33, adding of the death of star Chadwick Boseman, "[I] had a really tough year losing somebody close to me. And what that means for that franchise is it was devastating."

"But being in that world in a character that I loved playing, and working with [writer/director Ryan Coogler] and all that good stuff, it's family. We created a family over there," he continues. "So to be able to be in that world again is something that, I think, will always be on the table in some capacity."

Back in July 2019, producer Kevin Feige called buzz about Jordan's return "pure rumor and speculation, because [Ryan] is just only in recent weeks sitting down at his keyboard and beginning to outline the movie."

Aside from Creed III, which he is set to make his directorial debut with, Jordan's upcoming film projects include Without Remorse and Journal for Jordan — the latter of which he tells PEOPLE he's "extremely excited about," because he hasn't had the opportunity to do an "intimate love story" yet and he will get to work with "the GOAT," a.k.a. Denzel Washington.

"Being able to be directed by [Denzel] is a blessing and such a learning experience for me," Jordan says. "And also working opposite Chanté Adams, who's a very talented actress coming out of Detroit, and being able to tell a love story, playing [a] real-life person."

"That's another thing: When you play real people ... there's a certain level of care and respect that you bring to it that it's unlike anything [else] that you could really do," he continues.

Speaking of reality, the Fruitvale Station actor says he's "looking for a positive outlook" and "anything beyond the last four years" in terms of the new U.S. political administration, led by President Joe Biden and Vice President Kamala Harris.

RELATED VIDEO: Sexiest Man Alive Michael B. Jordan Says He Hopes to Leave Behind a Legacy Like Kobe Bryant and Chadwick Boseman

The actor admits navigating the pandemic and ensuing lockdown has "been a rollercoaster ride."

"It's been trying to get the glass half full — a way to get rid of a lot of distractions and really focus on the things that matter," Jordan tells PEOPLE. "Part of that is this process and growing, finding yourself a bit, and then also sitting still and letting things come to you."

"It also allows time for the experts to do their jobs and come up with systems and put things in place that are going to keep us safe," he says.

That's why partnering with the International WELL Building Institute on their WELL Health-Safety Rating was so important to the star: to allow us to get back to "going to places that we love," like movies and restaurants, as we all navigate a "new norm."

"Teaming up with the Institute that has the WELL Health-Safety Rating — which, at restaurants, would be an 'A' — seeing that letter outside of a restaurant lets me know that establishment and the workplace are going to be clean," Jordan says. "When I see that seal in front of buildings and businesses ... I'm going to have that same confidence walking in there that that place is going through all the precautions and they're doing everything they can to make sure that I'm going to be healthy and safe." 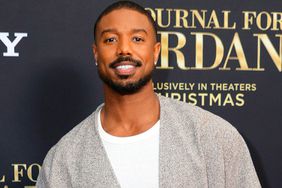 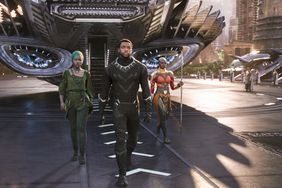