Meryl Streep Calls Out Hollywood on Its Youth-Obsessed Culture

"I was offered [witch roles] because I was 'old' at 40," the Oscar winner recalls

Meryl Streep is certainly nothing like her desperately vain character, The Witch, in Into the Woods, but she still sees the problem in Hollywood and in our society today.

“I would say our culture is pretty youth-obsessed,” the Oscar winner, 65, told PEOPLE at the Disney movie musical’s premiere Monday night. “Especially people that pass 40.”

Streep says when she turned the big 4-0, her acting prospects looked pretty bleak.

“When I was 40, I was offered three witch [roles]. I was not offered any female adventurers or love interests or heroes or demons,” she recalls. “I was offered witches because I was ‘old’ at 40.”

“Things have changed since then, I think,” she says. “That was 25 years ago. Now there’s so much more interesting stuff available. But still ” she trails off.

While Hollywood has a long way to go yet, the legendary performer is a prime example that an actress’s career isn’t over when she turns 40. Since 1989 – the year Streep hit that life milestone – she has earned 11 more Academy Award nominations and 22 Golden Globe nods (winning once and five times, respectively) with what can arguably be called some of her best work yet.

VIDEO: Check Out Meryl Streep Sing – as a Witch! 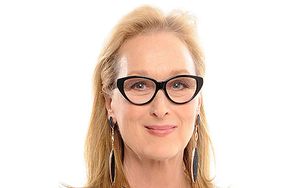