While making American Beauty in 1999, Mena Suvari remembers an "unusual experience" she had with Kevin Spacey as they prepared to film an intimate scene. She thought of it again years later after the abuse allegations against the actor made headlines.

The actress, 42, tells PEOPLE she "trusted him" throughout the filming of the Oscar-winning movie. Still, she said one particular moment on set left her feeling strange.

To prepare for a scene one day, he brought her into a side room where they "lay on the bed very close to one another," she describes to PEOPLE in this week's issue. "He was sort of gently holding me. It was very peaceful but weird and unusual."

When Suvari learned of the sex abuse claims several men leveled at him in 2018, she says, "I thought of that day," which had left her puzzled.

"My heart goes out to anyone who suffers abuse," she says.

In her new memoir The Great Peace: A Memoir, excerpted in this week's PEOPLE, Suvari talks about her own experiences of sexual abuse while growing up.

Suvari says she was "living a double life" when American Beauty made her a star.

"Every time I would go on a set. Every time I was interviewed, I was acting the whole time. It was another role for me to play. That I was okay," she tells PEOPLE.

In her most challenging times, Suvari found solace in her acting work. After her role in American Pie (1999), she got the part of Angela, the teenage cheerleader in American Beauty who is the object of a middle aged man's obsession, played by Spacey. The role brought her much acclaim and a BAFTA nomination for Best Supporting Actress. Looking back, she says of American Beauty: "It was a beautiful experience, being given the opportunity to work and express myself right when I needed I to save me."

By sharing her trauma and how she found her way out, Suvari also hopes to help others who have suffered. "This is my truth. This is my voice," she says. "I was so tired of fighting and hiding my whole life. I hope I can help someone else see their value. If I can lessen the pain for someone else, then I want to do it, because I didn't have that person."

Allegations against Spacey were first brought forward in October 2018 by actor Anthony Rapp, who alleged the actor had previously made inappropriate sexual advances toward him when he was just 14-years-old.

"I have a lot of respect and admiration for Anthony Rapp as an actor. I'm beyond horrified to hear his story," he said. "I honestly do not remember the encounter, it would have been over 30 years ago. But if I did behave as he describes, I owe him the sincerest apology for what would have been deeply inappropriate drunken behavior, and I am sorry for the feelings he describes having carried with him all these years." 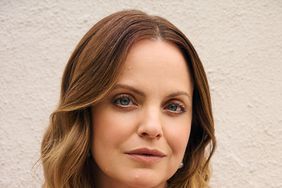 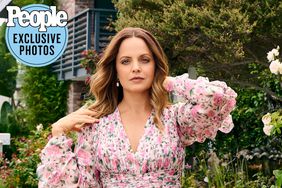