"Certainly, nobody thought it was going to be a game changer," Melissa McCarthy said in InStyle's April 2021 issue

Melissa McCarthy is looking back on one of her most popular and beloved film roles.

Gracing the cover of InStyle's April 2021 issue, the actress, 50, reflected on her role as the unfiltered Megan Price in Bridesmaids ahead of the Oscar-nominated film's 10-year anniversary this spring.

"That film instilled the best lesson of you just have to let things be what they are, because it wasn't supposed to work like that," McCarthy said. "Annie [Mumolo] and Kristen [Wiig] wrote it, and they had never written anything before. And it was like, 'We're going to let your weirdness ride.' "

"And people on set were laughing and crying full-out in almost every scene," McCarthy recalled, "because everybody felt so free and there wasn't a lot of pressure. Certainly, nobody thought it was going to be a game changer. The fit was just perfect."

While McCarthy admitted to InStyle that she has not seen Bridesmaids as of late, she said that she would love to watch it now and look back on some of the film's most memorable moments.

"There are so many scenes to revisit," she said. "Like Kristen in that little cupcake moment that breaks my heart. And then at the same time, the plane scene. She must have done it 20 different ways. It was one of the most amazing things I've ever seen in my life. Ben and I were sitting next to each other on set, and I said, 'I don't think I will ever forget this moment.' "

Over the last decade, fans have been clamoring for a Bridesmaid sequel. But past comments from the cast and crew have all-but shut down the possibility.

"It's really up to Kristen, but also, sequels are dangerous," Bridesmaids director Paul Feig said at the 2017 Tribeca Film Festival. "People always say they want a sequel to Bridesmaids but the whole reason that movie worked was [Wiig's character] is a mess and she learned how to repair her life, so you can't do a sequel and she's a mess and has to repair her life again. And people tend to think the artifice around all that is what made the movie great, but it was really that emotional journey and so, you almost kind of have to be careful of it."

The April 2021 issue of InStyle is available on newsstands, on Amazon, and for digital download Mar. 19th. 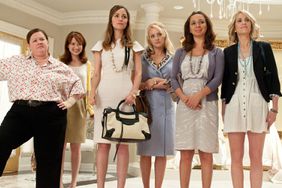 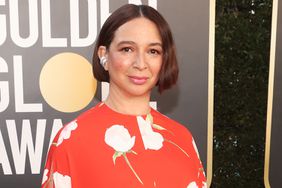 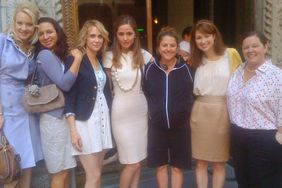