Melissa McCarthy has the weight of the world on her shoulders.

In the new trailer for her film Superintelligence, McCarthy plays Carol Peters, the subject of an all-powerful AI's attention who must prove to the superintelligence (voiced by James Corden) that the world is worth saving.

If she can't prove humanity's worthiness, the AI will blast everything into oblivion.

"I plan on spending these next three days hanging out with you," the AI tells Carol. "My intention is to solidify my theory about humanity. If things don’t go well, I’ll destroy the planet. Just blow it up."

Determined to stop it, Carol says, "I’m going to show you that people are worth saving."

In October, McCarthy spoke to PEOPLE about the film directed by her husband, Ben Falcone, who is also in the movie.

This is the couple’s fourth collaboration together, which she said involved some “pretty weird” moments on set.

“Well, first of all, he did in fact, require me to address him as ‘Mr. Falcone,’ so it was pretty weird right from the get-go,” joked McCarthy. “Ben is an incredibly collaborative director. Making a movie is an impossible feat, so many moving parts need to sync up at just the right time. Our cast and crew are our second family.”

McCarthy told PEOPLE she hopes that the film brings a little light into the world during a particularly challenging time.

"In the end Ben, and I want to tell stories that make people laugh, cry and feel hopeful," McCarthy said. "Superintelligence feels so relevant. Love wins in this movie and I think we could all use a little of that right about now."

Superintelligence will be available to stream on HBO Max on Nov. 26.

Melissa McCarthy Apologizes for Supporting Charity with Anti-Abortion History: 'We Blew It' 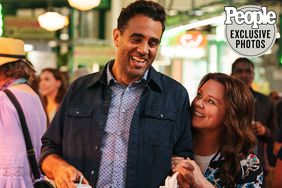 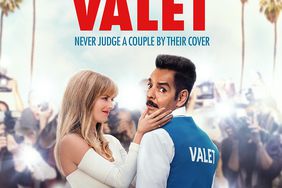