Megan Fox and boyfriend Machine Gun Kelly met on the set of Midnight in the Switchgrass, which premieres July 23

Megan Fox found romance with Machine Gun Kelly behind-the-scenes of their upcoming film Midnight in the Switchgrass, but there was no love lost in front of the camera.

Fox, 35, roughs up her now boyfriend — whose real name is Colson Baker — in the first trailer for the crime thriller, which debuted exclusively with Entertainment Tonight.

She plays FBI agent Rebecca Lombardi, who crosses paths with a brutal serial killer while investigating a sex-trafficking ring with her partner Karl Helter (Bruce Willis).

Fox's character goes undercover as a sex worker in the trailer, when a would-be John (Baker) comes at her with a knife. But Fox holds her own, knocking the weapon out of his hand and bringing him to his knees with a few good punches.

Rebecca and Karl team up with Texas Ranger Byron Crawford (Emile Hirsch), who's been hunting down their suspect for years. But when Rebecca gets abducted by their target (Lukas Haas), Karl and Byron have hours to track her down.

Producer and director Randall Emmett previously raved about the movie in PEOPLE's exclusive first look. "I am so fortunate to make my directorial debut with Midnight in the Switchgrass, and to work with such an extraordinary cast and crew," he said.

"You cannot go wrong when you pair actors such as Megan Fox, Emile Hirsh and Bruce Willis with an exceptional story of crime, deceit and suspense," Emmett added. "We can't wait to share it with the world."

"I don't know if people understand what a good actor he is," she said to ET of her costar-turned-boyfriend. "He is so charismatic and he's so naturally gifted and he's so intense."

RELATED VIDEO: Machine Gun Kelly Celebrates the Anniversary of the First Time Megan Fox Told Him 'I Love You'

The Jennifer's Body actress filed for divorce from Green in November, as she and Baker get serious. "Megan needs her divorce to be finalized before she can fully move on," a source told PEOPLE in January. "She is very happy though."

"They are very serious and plan on spending the future together," the insider added. "There will be an engagement at some point, but they are not engaged now."

Midnight in the Switchgrass premieres July 23. 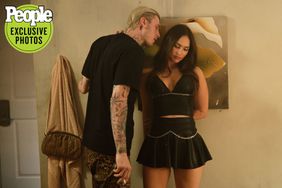 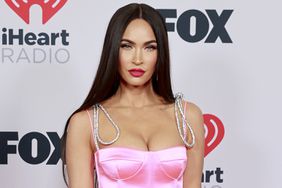 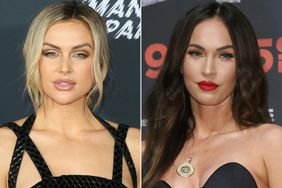 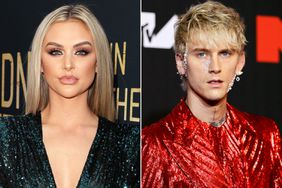