Matthew McConaughey Wanted to Be a Father at 8 Years Old: 'That's What Success Is'

"It was when I was eight years old is when it hit me," McConaughey said in a new interview with Tim McGraw. "I wanted to be a father"

"For me, it was the motivation to continue, but hopefully be able to maybe evolve and improve it. It was when I was eight years old is when it hit me. I wanted to be a father," McConaughey said. "I remember what it was. My dad was a 'sirs,' and 'ma'ams' and 'please' and 'thank you' man, and he would introduce me to his friends."

"I remember in my eight year old mind going, 'That's when you've made it. That's when you become a sir. That's what success is,'"he added. "It hit me then, and it's never left me as the paramount example of what being a sir or being the greatest success you can be as a man."

In December, Vida joined her famous dad during an interview for the Why Not Now? Podcast with Amy Jo Martin where the preteen dished on the one lesson her dad has to learn over and over.

"Trusting, I guess, when you correct us," Vida said. "A lot of times you'll correct us and then you'll come back and you explain why you corrected us. But usually, we're just like…"

"'We got it the first time,'" McConaughey finished for her with a hearty laugh, to which Vida replied, "Yeah."

In October, the Dallas Buyers Club star told PEOPLE his kids had "doubled down on their hobbies, creative things and parts of themselves I didn't think they would have leaned into if they were back in school" during the COVID-19 lockdown. 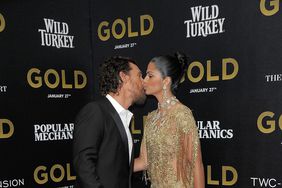 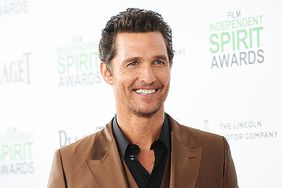 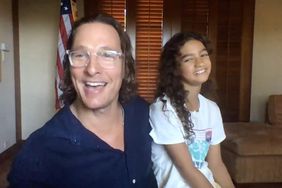