"We text pretty much about everything," Matt Damon tells PEOPLE of what he and longtime friend Ben Affleck chat about

Matt Damon goes directly to the source to get his information.

At the New York City premiere of his new film Stillwater on Monday, Damon, 50, revealed to PEOPLE what he most often texts longtime friend and collaborator Ben Affleck about these days — and that includes inquiring about Affleck's headline-making moments.

"Well, I mean, it's real-life stuff," Damon says of their text correspondences. "We each got a whole mess of kids. We text pretty much about everything. There's so much in the press about him that normally I'm just fact checking things that I read. 'Did this happen?' He's like, 'No that didn't happen.' "

Lately, Affleck, 48, is in the news for rekindling his romance with Jennifer Lopez. The couple recently went Instagram official in a steamy photo Lopez posted of the pair kissing.

Damon teases, "All the pictures that have come out are the same ones that you see. I don't know anything you don't know."

The Good Will Hunting actor told Extra during Monday's red carpet about his thoughts on Affleck's romance with Lopez, saying, "I'm just so happy for him," adding of Affleck, "He's the best. He deserves every happiness in the world. I'm glad for both of them."

Back in May, when Damon was asked about Affleck and Lopez's relationship on the Today show, the Oscar winner joked, "There's not enough liquor in the world for you to get me to say something about that." After Damon tried to remain coy about it, co-host Hoda Kotb questioned him about how he learned about the news.

"I just heard you guys. I was sitting here waiting to come on TV. This is the first time I've heard about it," he said at the time. Savannah Guthrie then asked, "What did you think?"

"It's a fascinating story," responded Damon, who stars opposite Affleck in the upcoming film The Last Duel. He then gave a quick reaction to the reunion news and said, "I hope it's true. I love them both. I hope it's true. That would be awesome."

Stillwater stars Damon as a construction worker from Oklahoma whose daughter (Abigail Breslin) is charged and convicted with the murder of her ex-girlfriend while in France. Damon's character fights to get the ruling overturned in a lengthy and expensive journey, reminiscent of the Amanda Knox case, and befriends a single mom and her daughter along the way (Camille Cottin and newcomer Lilou Siauvaud, respectively.)

"It's a pretty heavy role and it's really complex, and I love that," Damon tells PEOPLE of the project. "It's one of the best roles that I've ever been offered and given a chance to play, and I'm just really grateful to [director] Tom [McCarthy] for thinking of me for it. The guy goes on quite a journey. And the movie, it's much more of a drama than a thriller, and anybody who comes sees it should know that and just go with the character and go on the ride he goes on. That would be my only advice." 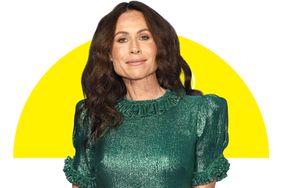 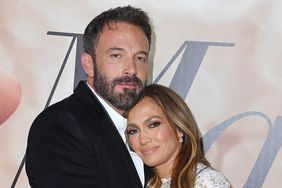