Ben Affleck and Matt Damon might be planning to write more together following their upcoming movie collaboration, The Last Duel.

Damon, 50, told Entertainment Tonight writing the Ridley Scott-directed film "was actually a lot of fun," adding, "I think we'll write a lot more in the future just because it didn't turn out to be as time-consuming as we thought."

The two friends previously won the Oscar for Best Original Screenplay in 1997 for Good Will Hunting. On Tuesday, the trailer for The Last Duel, which they co-wrote together alongside Nicole Holofcener, debuted online.

Despite previously winning the Oscar, Damon said the process of writing Good Will Hunting "was so inefficient" compared to The Last Duel.

"You know, because we didn't really understand structure so we wrote thousands of pages. ... We'd be like, 'Well, what if this happened?' and then we'd just write different scenes," Damon recalled. "So, we had all these kind of disparate scenes, and then we kind of tried to jam them together into something that looked like a movie."

Matt Damon, Ben Affleck and Jodie Comer Have a Medieval Showdown in The Last Duel Trailer

The Last Duel is more "about perspective," Damon said. "There are two knights and then there's Lady Marguerite. So Ben and I wrote the male perspectives and Nicole Holofcener wrote the female perspective. That's kind of the architecture of that movie."

With both Affleck and Damon making films for 30 years, the Bourne Ultimatum star said the two learned "something about structure along the way and the process went along a lot faster."

The Last Duel is based on the revenge novel by Eric Jager. Jager's story The Last Duel: A True Story of Trial by Combat in Medieval France depicts two best friends, the knight Jean de Carrouges (Damon) and the squire Jacques LeGris (Adam Driver) who battle each other after Carrouges wife, Marguerite (Jodie Comer) accuses LeGris of raping her.

The battle is overseen by Count Pierre d'Alençon, who is played by Affleck. 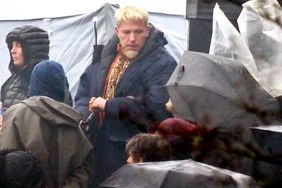 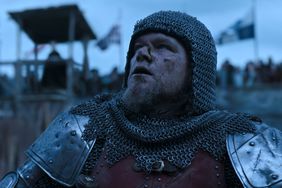 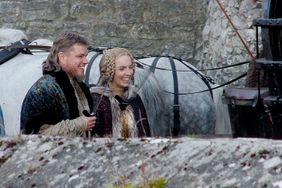 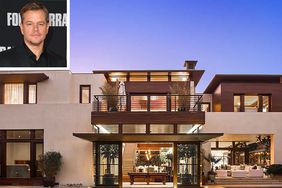