"Don't skip leg day," Ruffalo joked next to the photos

Now we know what a mash-up of Mark Ruffalo and Hulk would look like — and it’s hilarious.

Ruffalo, 51, posted two behind-the-scenes shots from Avengers: Endgame giving a glimpse of how the CGI effects were done to transform him into the Hulk. The photos show Ruffalo wearing a motion-capture suit underneath a huge chest piece the actual size of the superhero.

Although he was one of the biggest stars in the movie, and Hulk had a pivotal role, Ruffalo told Entertainment Tonight on the Endgame premiere red carpet that directors Joe and Anthony Russo never gave him the real script for the movie. It was their attempt to prevent the loose-lipped actor from leaking spoilers.

“I got a script, but it was a dummy,” Ruffalo said. “There were scenes in there that I thought we were shooting that nobody ever shot.”

“I’ve been dying to see it,” added Ruffalo, who walked the carpet with his wife Sunrise Coigney (their kids — son Keen, 17, and daughters Bella, 13, and Odette, 11 — were also in attendance, ET reported). “We had a chance to see it yesterday, but I held off because I want to see it with an audience, I want to be in that experience with you guys. Yeah, that’s when it really means something.”

Even before Endgame‘s release, Ruffalo told Yahoo! that he wasn’t sure whether Hulk survived Avengers: Infinity War until he watched the 2018 blockbuster, having filmed a second ending in which his character disintegrated into dust.

“I didn’t know until I saw the movie,” Ruffalo said. “For one take, I did disappear, and then the other one I didn’t.”

“I was pretty sure it was gonna be me,” Ruffalo continued. “It’s like Survivor. It’s like, who’s gonna get kicked off the island? And I probably should’ve. … It’s like Project Runway for leakers.” 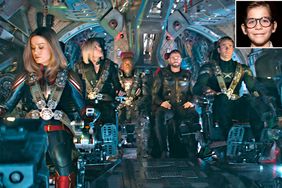 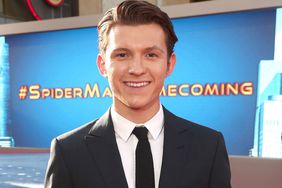 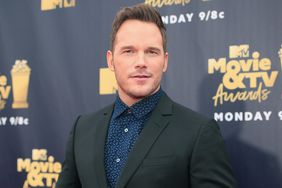