Marge Champion, the legendary dancer, actress and model for Disney's character Snow White, has died. She was 101.

Born Majorie Celeste Belcher on Sept. 2, 1919 in Hollywood, the star found a love for dance at an early age. Her father, Ernest Belcher, founded the Celester School of Dance, where he taught stars like Shirley Temple and Fred Astaire.

Belcher was also friends with Walt Disney, which led the animation team working on 1937's Snow White and the Seven Dwarfs to study Champion's movements on a soundstage to make the fictional princess move realistically.

Champion also modeled for other Disney classics including the Blue Fairy in Pinocchio (1940), Hyacinth Hippo in Fantasia (1940) and Mr. Stork in Dumbo (1941), according to The Hollywood Reporter.

The actress married Gower Champion, a student of her father's, in 1947 and the two went on to star in several MGM musical movies together.

The pair also choreographed Broadway musicals including the Small Wonder and Make a Wish and she served as Gower's assistant on the original Hello, Dolly! which premiered in 1964.

She made her Broadway debut in 1945 as The Fair Witch in Dark Side of the Moon and later starred in the 1946 musical Beggar's Holiday.

In the Heights Broadway Star Doreen Montalvo Dies at 56: She 'Could Do Anything'

Champion also formed an act with Gower called Gower & Bell and the two played nightclubs and co-starred with Sid Caesar and Imogene Coca on NBC's The Admiral Broadway Revue.

The pair divorced in 1973 and she married her third husband, director Boris Sagal in 1977. Before marrying Gower she was married to top Disney animator Art Babbitt from 1937 to 1940, according to USA Today.

Champion also acted in two 1968 movies, The Swimmer and The Party.

She later had a brief role as a ballet teacher on a 1982 episode of Fame. Years later, in 2001, she appeared as Emily Whitman in the Broadway revival of Follies. 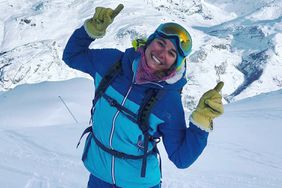 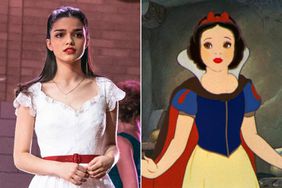