The Oscar winner, 36, stars as Miss Caroline in the comedy Little Monsters, which finds her suddenly in charge of her kindergarten class as a horde of zombies try their hardest to attack them during a school field trip to a petting zoo.

Luckily they’re slow-moving zombies, but Miss Caroline still has to find a way to keep her kids from getting scared by the man-eating creatures as they hide out.

“Don’t be scared,” Miss Caroline tells the kids in the trailer. “Who remembers how to play tag? Well those funny looking people out there are it.”

But a drunk Josh Gad isn’t making things any easier.

WATCH: Lupita Nyong’o Terrifies as She Stays in Character on Set of Us as Red In-Between Takes

The trailer shows how Gad barricades himself in a building at the petting zoo before Miss Caroline and her class sneak in for protection. The kids grow more and more suspicious as the zombies press up against the walls as Miss Caroline tries to keep them calm.

“Are we gonna die, Miss Caroline?” one of the little girls asks.

“No! It’s part of a game. The zombies are not real,” she replies.

The trailer eventually shows Nyong’o taking matters into her own hands and leaving the kids behind to fight the zombies before an army of soldiers show up to help.

The movie earned rave reviews at Sundance Film Festival and the SXSW Film Festival earlier this year. It also serves as Nyong’o’s follow up to her hit movie Us with Jordan Peele. Us also dealt with Nyong’o being hunted down by seemingly inhuman creatures before she faced off against them.

No U.S. release has been set for the Australian comedy. 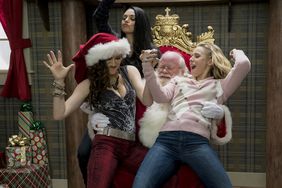 Not Your Kids' Christmas Movies: A Guide to the Best NSFW Holiday Films 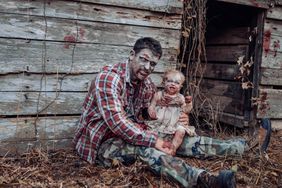