Lori Harvey Gushes Over Boyfriend Michael B. Jordan: We 'Really Balance Each Other'

"I really do believe in the statement when they say, 'When you know you know,'" Harvey said during the season 8 premiere of The Real

Lori Harvey is opening up about her relationship with PEOPLE's Sexiest Man Alive, Michael B. Jordan!

On Monday, the model and influencer, 24, appeared on the season 8 premiere of The Real where she spoke about her special relationship with Jordan, 34.

"We just really balance each other," Harvey said. "I really do believe in the statement when they say, 'When you know you know.' And I think that really applies to our situation and we just have a really good time together."

Jordan, Harvey said, is "so sweet, very attentive. He listens to me and the things that I say that I want and he really makes an effort."

When asked what the sexiest or sweetest thing Jordan had done for her was, Harvey said the Black Panther actor is "really good at all the big things."

"Valentine's Day, birthdays, all that, but it's the little things, the everyday things that I think really is what makes him special, like he just listens to me when I talk," Harvey said. "Even the other day, I just been saying I really just wanted to go to a farmer's market, so he called me one Sunday morning and was like, 'What are you doing, I'm going to come pick you up' and he took me an hour away to this really cute farmer's market and we had the best day. So, it's things like that."

The couple began dating last year but didn't make their relationship Instagram official until January of this year.

The duo has been spotted on dates and has also shared their love on Instagram. Jordan surprised Harvey on Valentine's Day by renting out an aquarium just for the two of them.

In April, Jordan told PEOPLE he was "still private" about his relationship with Harvey despite being unafraid to show off his feelings for the model.

"I want to protect that, but it just felt like it was a moment of just wanting to put it out there and move on," he said at the time. "I am extremely happy."

He added, "I think when you get older, you feel more comfortable about the [public nature] of the business that we're in. So for me, it was a moment to, I guess, take ownership of that and then get back to work."

A source told PEOPLE at the time, "They have gotten serious quickly. It's obvious that they don't want to be apart."

Harvey, the stepdaughter of talk show host Steve Harvey, has been spending more time with the actor on the West Coast, away from her home in Atlanta.

"When they don't travel together, Lori spends a lot of time in Los Angeles with Michael," said the source. 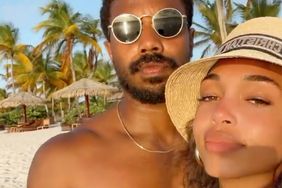 Lori Harvey Says Boyfriend Michael B. Jordan's Complexion Is 'Thriving' Thanks to Her Skincare Products 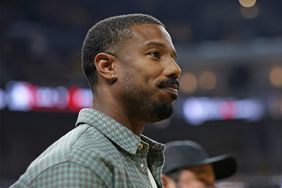