Attorney Lisa Bloom has resigned from her position of advising Harvey Weinstein as the the powerhouse film executive continues face backlash in the wake of the New York Times bombshell report about decades of allegations of sexual harassment made against him.

“I have resigned as an advisor to Harvey Weinstein,” Bloom, 56, wrote on Twitter Saturday. “My understanding is that Mr. Weinstein and his board are moving toward an agreement.”

She did not say whether she plans to continue working with Weinstein on adapting her book about Trayvon Martin into a television show, which Bloom had planned to do through his company.

Bloom — who made a name for herself as a women’s rights advocate while representing celebrities such as Mischa Barton, Blac Chyna, Kathy Griffin, and many of the female clients who claimed to be sexually harassed by former Fox News anchor Bill O’Reilly — had been highly criticized for her decision to stand by Weinstein.

Even her mother, power lawyer Gloria Allred, spoke out against her daughter for working with Weinstein.

“Lisa is my daughter and I love and respect her. She has her own law firm separate from mine. She makes her own independent decisions on who she will or will not represent, and I have no role in her decisions,” Allred said a statement to Time. “Had I been asked by Mr. Weinstein to represent him, I would have declined, because I do not represent individuals accused of sex harassment. I only represent those who allege that they are victims of sexual harassment.”

“While I would not represent Mr. Weinstein, I would consider representing anyone who accused Mr. Weinstein of sexual harassment, even if it meant that my daughter was the opposing counsel,” Allred added.

In response to the critics, Bloom tweeted, “As a women’s rights advocate, I have been blunt with Harvey and he has listened to me. I have told him the times have changed, it is 2017, and he needs to evolve to a higher standard. I have found Harvey to be refreshingly candid and receptive to my message. He has acknowledged the mistakes he has made. … He is an old dinosaur and learning new ways.”

“Harvey is not going to demean or attack any of the women making accusations against him, although he does dispute many of the allegations. Instead, he is going to use this as a painful learning experience to grow into a better man,” she continued. “I will make recommendations to ensure that gender equality and zero tolerance for workplace misconduct aren’t just goals, but a reality.”

“I would never take a case where either my lawyer mother or my lawyer daughter is opposing counsel,” Bloom continued. “That’s another area where we differ. I believe in family before business.”

On Thursday, The New York Times published a revealing exposé in which eight women, including actress Ashley Judd, spoke out against Weinstein, accusing him of sexual harassment and inappropriate behavior.

At the time, Bloom said in a statement that her client “denies many of the accusations as patently false” including Judd’s.

Bloom was last seen with Weinstein and his wife, Marchesa fashion designer Georgina Chapman, on Thursday.

“She stands 100 percent behind me. Georgina and I have talked about this at length,” Weinstein said of his wife to The New York Post Friday. “We went out with Lisa Bloom last night when we knew the article was coming out. Georgina will be with Lisa and others kicking my ass to be a better human being and to apologize to people for my bad behavior, to say I’m sorry, and to absolutely mean it.”

The Weinstein Company said Friday they had hired an independent law firm to investigate the allegations of sexual harassment against Weinstein at the company. In the meantime, the Shakespeare in Love producer will be taking an “indefinite leave of absence” from all business.

Weinstein appeared in support of the decision. “I also have the worst temper known to mankind, my system is all wrong, and sometimes I create too much tension. I lose it, and I am emotional, that’s why I’ve got to spend more time with a therapist and go away,” Weinstein told The New York Post about his leave of absence.

“My temper makes people feel intimidated, but I don’t even know when I’m doing it. In the past I used to compliment people, and some took it as me being sexual, I won’t do that again. I admit to a whole way of behavior that is not good. I can’t talk specifics, but I put myself in positions that were stupid, I want to respect women and do things better,” the Oscar-winning film producer added.

Weinstein didn’t directly address the veracity of Judd’s claims but did discuss reading Judd’s memoir, All That Is Bitter and Sweet,in which she opened up about being a victim of sexual abuse and depression as a child.

“I never laid a glove on her,” Weinstein told the Post. “I know Ashley Judd is going through a tough time right now, I read her book. Her life story was brutal, and I have to respect her. In a year from now I am going to reach out to her.”

He also told the Daily Mail that he needs to “earn her forgiveness.”

Weinstein did not mention actress Rose McGowan, who was also named in the NYT piece as one of the women he had reached a settlement with.

McGowan reportedly reached a $100,000 settlement with Weinstein after an encounter in a hotel room with the executive producer in 1997 during the Sundance Film Festival.

While he is making some apologies, the Hollywood heavyweight still plans to sue the NYT for $50 million. Along with Bloom, Weinstein is also being represented by lawyer Charles Harder. In May 2016, Harder won a $140 million settlement for Hulk Hogan against Gawker.

Weinstein told the Post he is suing“because of the Times’ inability to be honest with me, and their reckless reporting. They told me lies. They made assumptions.” 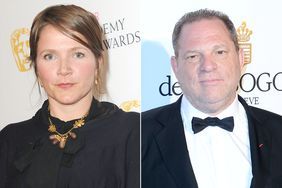 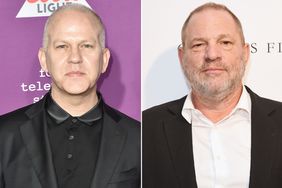