On Monday, Katie Couric moderated a virtual reunion with the 1998 beloved film's original cast members — including Lindsay Lohan, Dennis Quaid and Elaine Hendrix — 22 years later. During the special, the costars honored Richardson, who died of blunt force trauma after a skiing accident in 2009 at age 45.

"Natasha had such an elegance and grace, and she was so maternal to me," recalled Lohan, 34, who pulled double duty as twin daughters Hallie and Annie to Richardson's character, Elizabeth James, in the film.

Quaid, 66, who played her ex-husband, Nick Parker, said that Richardson was "somebody so giving and so glad to be there and transmitted that joy of being able to do what we do. It just made everything that much better."

The British actress was survived by her husband, Liam Neeson, and their two sons, Michéal and Daniel, who were 13 and 12 at the time of her death, respectively. Hendrix, 49, recalled during the reunion that Richardson would "swoon" over Neeson, talking about him on set while making the film classic.

"She would come into the hair-and-makeup trailer and she would literally swoon over talking about Liam and her kids, and she would call him 'my Liam.'" said Hendrix, who played the would-be step-mother to Lohan in the movie. "They truly seemed to have it all, which, to me, made what happened even more heartbreaking."

Later in the reunion special, Lohan said that she still remembers her elaborate handshake that she performed onscreen as Annie with Simon Kunz's Martin. The iconic handshake required the 11-year-old star to jump, bump hips and remember a series of hand movements along with her scene partner.

Lohan continued, "The most incredible thing about The Parent Trap in itself is even still, younger generations and little kids that go to camp, they even know it now."

The actress also explained how she worked to switch back and forth between her dual roles, mentioning that her wigs and costumes helped her become each character. And on set, she said people even treated her differently while in character for either twin.

"I feel like people treated me differently when I was Annie, because Annie was so much nicer, and Hallie was kinda like me," Lohan explained, who said she didn't feel like she was working while making the movie, describing it as a "learning experience."

Quaid and Lohan also reenacted one of their most emotional scenes from Parent Trap, in which they share a sweet father-daughter moment during a car ride. The actors read their lines to each other during the virtual reunion, smiling as they recaptured the nostalgia of the hit film.

"It's such a lovely and beautifully written moment," said Lohan of the scene. "Funny but heart-wrenching because missing that person in your life and then finally having that person ... you forget how much you miss people until you're actually with them and you haven't seen them in a while. And I think those scenes really tear me up."

Lohan also explained how her parents' own separation played a part in her first big-screen performance. Dina and Michael Lohan tied the knot in 1985 and had a years-long dispute over their divorce settlement.

"My parents were kind of separating at the time this was all going on," she recalled. "It made it a lot easier for me to play these characters that were figuring it out. I just felt so lucky and really blessed ... Without this movie, I wouldn't have gotten the acting bug." 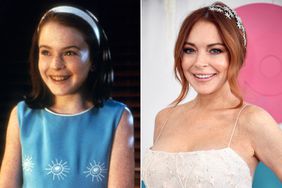 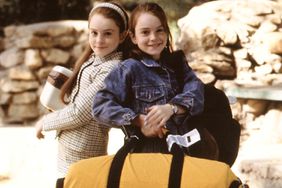 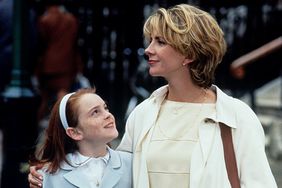 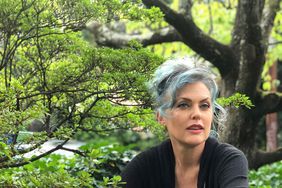 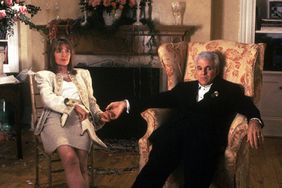 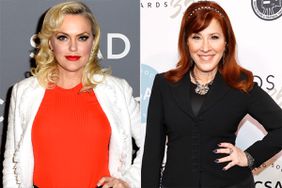