Liam Neeson's next movie shows off the Taken star's lighter side — with some family help.

The actor, 68, stars alongside his son Michéal Richardson, 25, in Made in Italy, a dramatic comedy about an estranged father-son duo who have to work together to sell their rundown Tuscan villa.

Written and directed by actor James D'Arcy, the dramedy was a chance for Neeson to take on a less serious role after being known for a string of dark action movies.

"[It] came about not through an agent shoehorning you into doing a script because it will show another facet of your career," Neeson recently told Entertainment Weekly. "James D’Arcy got in touch with me through my English agent and she said, 'Listen, I think you should read this, there’s something to it.' I did and I sort of fell in love with it, and she said, 'Maybe this is something good for you and Micheál, your son.' And so it was kind of fate, I just felt like I had to do it."

While Neeson stars against his son, Richardson isn't using his dad's last name as he starts his career. The young actor has instead chosen to honor his late mom Natasha Richardson, who died tragically in 2009 after suffering a head injury in a skiing accident. Richardson was 13 years old when his mom died at 45.

"He's taken, officially, the name of his mother. He's Michéal Richardson, not Michéal Neeson," Redgrave told the Daily Mail, clarifying Richardson wasn't just trying to get away from his dad's "enormous" name. "He wanted to hold his mother close to him — because she was a remarkable actress. Absolutely remarkable."

In 2015, Richardson got candid about the difficult years that followed his mother’s death.

“In my mind, subconsciously, I either pushed it out or stored it deep inside,” he told The Sunday Times. “And so, within the next week I was like, ‘Okay, on with my life.’ ” 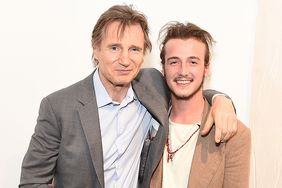 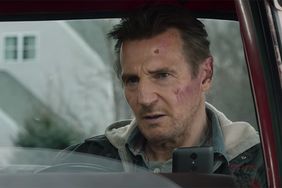