"She was absolutely brilliant," says Laura Wasser, a longtime California family law attorney whom Laura Dern's role is loosely based on

Laura Dern now has an Oscar to her name — as well as the approval of the real-life woman who likely inspired her award-winning performance in Marriage Story.

As the actress, 53, concludes this year’s awards season with shiny new trophies picked up at the Golden Globes, SAG Awards, BAFTA Awards and now the Academy Awards, the woman on whom her Marriage Story character is no doubt based, is sharing her take on the role.

Wasser — owner and co-founder of itsovereasy.com, which helps couples who are divorcing — represented actress Jennifer Jason Leigh in her divorce from Noah Bombach, who wrote and directed Marriage Story. The drama that tracks the gradual crumbling of a husband and wife, and the court system that engulfs them. (Baumbach told The New York Times the film is “a work of fiction, but it is extremely personal at the same time.”)

“If I take myself out of it, I thought she was brilliant and hilarious and very effective in what she was doing and I loved her,” says Wasser. “I thought she was just great. You can’t take it too seriously or too personally.”

‘Best Birthday Present Ever!’ A Look Back at Oscar Winner (and Birthday Girl!) Laura Dern’s Most Iconic Roles

As Dern portrays her character, named Nora Fanshaw, she’s an accomplished (and impeccably dressed) professional who fights for Scarlett Johansson‘s Nicole in a split from her husband Charlie, played by Adam Driver.

For Wasser, she saw some of herself on-screen. Fanshaw’s office itself was modeled after her very own work space, according to The Hollywood Reporter, and the choice of footwear also stood out as representative of her own fashion sense.

“The shoes rang true,” Wasser jokes. “And I like to think some of the reputation stuff, like when they say, ‘Oh God, Nora Fanshaw; she’s fair, she’s good.'”

She adds: “Also, I think some of her moments of compassion — she really did fight hard for her client, and to that extent, I respect that character.”

Dern, prior to the movie’s release, even reached out to Wasser to make sure she knew the part wasn’t meant to be 100 percent true to Wasser’s life, according to the lawyer.

“I do not think that she was playing me at all,” says Wasser, who’s new iHeartRadio Original podcast All’s Fair, debuts on Tuesday with guest Kim Kardashian West. “[Dern] gave me a heads up at one point and said: ‘Don’t take this personally. It’s a conglomeration of a lot of things and why the system is broken, et cetera.'”

All throughout awards season, Wasser says she was rooting for Dern every step of the way.

“Every time one of those award shows comes on and she walks up there to get it, whether it’s the SAG or Golden Globes, I’m just cheering for her,” she says, “because she’s fantastic and she so deserves it.”

Marriage Story is now available to stream on Netflix. 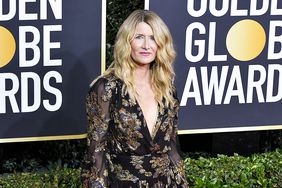 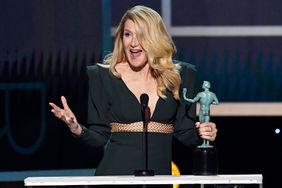