The new trailer for Wonder Woman 1984 is here — and it doesn’t disappoint!

“You’ve always had everything while people like me have had nothing,” Wiig’s character says in the trailer. “Well now it’s my turn. Get used to it.”

“Barbara, what did you do?” Gadot’s character asks later while locked in a battle with Cheetah, who appears with a furry coat and tail.

The clip also included a few lighthearted moments between Diana and Steve Trevor, Chris Pine's character, who seemingly sacrificed himself to save the world toward the end of the hit 2017 film.

“I’m not so keen on this one. I figure you are, but I think we’re ready to go,” Pine’s character says while showing off a potential ‘80s-inspired look, before whipping out a bold fanny pack.

“I think we can do better,” Gadot’s character replies.

“We’ve been so dedicated to bringing you another amazing chapter of Wonder Woman’s story,” Gadot wrote on Twitter after the new trailer was released.

“It’s bigger, grander, w/ every detail perfected. We busted our butts off for this film and we can’t wait to share it with you in theaters,” the actress added. “Until then, enjoy the second trailer!“

Originally scheduled for a June theatrical release, the action-packed film is currently set to hit theaters in October.

“I really think the movie is so great on the big screen,” director Patty Jenkins said during Saturday’s event, according to The Verge. “We’re going to stick it out, and we believe in putting it in the cinema.” 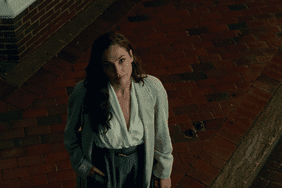 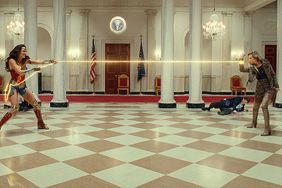 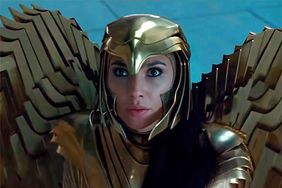