Kristen Stewart is not particularly sentimental about wrapping up years of playing Bella Swan in the Twilight series – but she is saving a few souvenir items from the films.

“I kept the rings. The rings are really important to me,” Stewart said in Beverly Hills at Thursday’s press day for Breaking Dawn: Part 2, which opens Nov. 16.

One of the baubles comes from when Bella’s “mother gives her a moon ring in the beginning,” says Stewart. “It fully and completely reminds me of [Twilight director] Catherine Hardwicke.”

Asked if she also kept the gorgeous oval engagement ring that her character receives from Edward Cullen, played by Stewart’s real-life love Robert Pattinson, she says, “Yeah, I have that too. I held onto that one.”

The rings “are really, really extremely important to me,” she says. “I love those things.”

In a wide-ranging chat with reporters, Stewart also reveals that she broke her thumb early on while filming the “really intense action-y type stuff” on Breaking Dawn: Part 2 when her character becomes a vampire.

Reflecting back on her time spent on the five-part series, she also says, “I think I’ve grown up a little bit.”

Stewart was also asked what age she would chose to be if she could decide to stop her life – the way her character stops aging at 18, when she becomes a vampire.

“I’m not there yet, so I’m not sure,” says the 22-year-old, who recently reconciled with Pattinson after a public cheating scandal with her Snow White and the Huntsman director, Rupert Sanders.

“I can’t wait to get to that point,” she adds. “I don’t know. It’s probably pretty telling. I haven’t gotten to that point yet.” 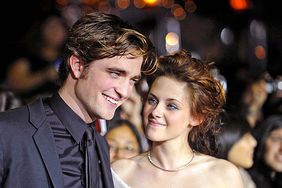 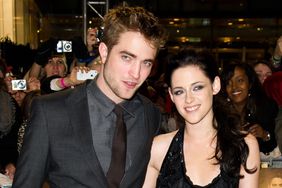