Keanu Reeves Explores 'the Impulse of Violence' in His First Comic Book 'BRZRKR' : 'It's Everywhere'

The actor is making his comic book writing debut with BRZRKR, which he co-wrote with Matt Kindt

Keanu Reeves is known as an action star and the "internet's boyfriend," but now the actor is adding comic book writer to his extensive résumé.

The John Wick star sat down virtually with PEOPLE to talk about his upcoming new comic book, BRZRKR, co-written by Matt Kindt, which Reeves describes as "sensationalistic."

"We are looking at violence in the impulse of violence and how it's used, and how it tries to be controlled," Reeves, 57, tells PEOPLE of the project. "And trying to understand the character that we might not be able to relate to it, being immortal, but we relate to the idea of wanting to be immortal."

The comic book follows an immortal warrior, known as Berzerker, a half-mortal, half-God, who is cursed and compelled toward violence—at the cost of his sanity. After wandering the world for centuries, Berzerker finds himself working for the U.S. government in exchange for the truth of his blood-soaked existence and how he may end the gruesome cycle.

Reeves says, "We can relate to the idea of the imagination of what [immortality] would be like. We have vampiric stories that speak about that. But that's part of the human condition, whether it's the living condition of our mortality or human wish-fulfillment that we don't have mortality."

He adds, "In the context of violence, which is everywhere, it's survival, it's conquest, it's eating. So it plays everywhere, and we're trying to look at it from different... It's an examination of it."

Reeves and Kindt wrote the story together with artist Ron Garney providing the bloody depictions on the page. This is The Matrix star's comic book writing debut.

The story took "at least two years" to write and see completed, says Kindt, with the trio working remotely during the COVID-19 lockdown.

When asked how Reeves found the time to squeeze in writing a comic book series while working on the upcoming The Matrix Resurrections and John Wick: Chapter 4, the actor says they "had groundwork and things to do." 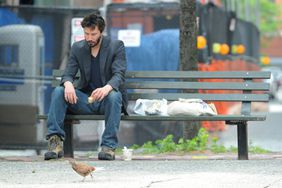 Keanu Reeves Insists He Wasn't Feeling Down When 'Sad Keanu' Photo Was Taken: 'I Was Hungry' 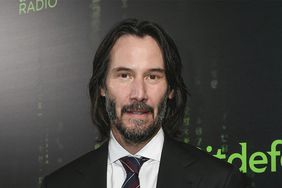 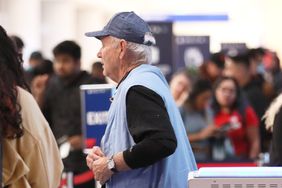