Katie Holmes stepped out in New York City on Monday night to support her rumored beau Jamie Foxx at the opening of the Privé Revaux store.

The actress, 38, arrived separately to the event, where Foxx was one of the celebrities involved in the eyewear brand.

Holmes looked chic and stylish in a satin black dress, which she paired with a vintage pink coat with gold flower shaped buttons and black heels.

While the two actors did not arrive together, it is rare for them to be at the same event, at the same time, as they continue to keep fans guessing about their relationship status.

The last time the pair were seen together was during Labor Day weekend in September when they took a romantic stroll on the beach in Malibu, California.

Holmes soaked up the unofficial end of summer in a blue dress paired with a hat and sunglasses. Foxx, 49, opted for a black t-shirt and Adidas workout pants.

The notoriously private duo have been the subject of romance rumors since 2013, and although they’ve never officially confirmed a relationship, multiple sources have told PEOPLE the low-key pair have been casually spending time together for years.

“This is not some intense romance,” a source told PEOPLE in 2015. “Jamie and Katie are friends and have been for a long time. They are two adults who are attractive and single, and so apparently conclusions will be drawn … But contrary to those conclusions, they’re not about to run off and make some serious commitment.”

This spring, the two spent time together in Paris while the actress’s ex-husband Tom Cruise was working on the sixth installment of his Mission: Impossible franchise just blocks away.

Holmes met up at a hotel with Foxx and an insider told PEOPLE that Foxx attended a farewell dinner for the Leonardo DiCaprio-produced film.

While the actress kept a low profile during her Paris stay, though she did stop by Luc Besson’s studio Cité du Cinemas, where Foxx was filming. The duo was spotted boarding a private jet together out of the city. 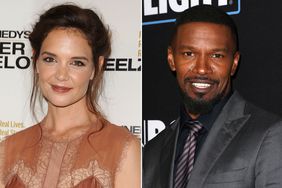 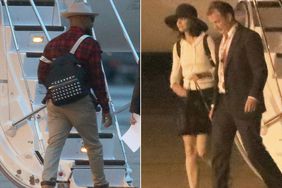 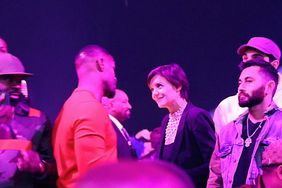 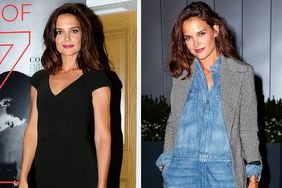 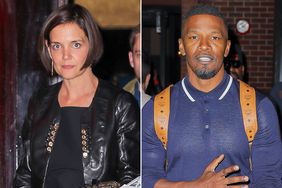 Another Dinner Date! Katie Holmes and Jamie Foxx Keep It Casual in N.Y.C. 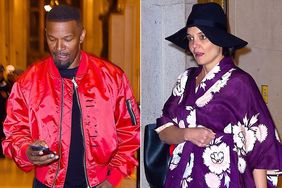