Katherine Heigl Addresses 'Knocked Up' Diss, 'Grey's Anatomy' Emmy Scandal and Being Labeled 'Difficult': 'I Was Feeling Completely Like the Biggest Piece of S---'

Katherine Heigl is coming clean about some of the mistakes she’s made throughout her career.

The actress, 37, has found herself in a firestorm of criticism over the past decade after she not only spoke out against two of her most successful projects: Knocked Up and Grey’s Anatomy.

In a new interview on SiriusXM’s The Howard Stern Show on Tuesday, Heigl not only clarifies and apologizes for her comments about Knocked Up and Grey’s Anatomy, but also opens up about being labeled “difficult” in Hollywood.

On calling Knocked Up "sexist:"

“It was dumb,” Heigl said of labeling the film “a little sexist” during a Vanity Fair interview. “I liked the movie a lot. I just didn’t like me. She was kind of like, she was so judgmental and kind of uptight and controlling and all these things and I really went with it while we were doing it, and a lot of it, Judd allows everyone to be very free and improvise and whatever and afterwards, I was like, ‘Why is that where I went with this? What an a–hole she is!’ ”

She said she regrets not personally reaching out to director Judd Apatow and costar Seth Rogen to apologize after the comments made headlines.

“I did it publicly instead and kind of tried to say, look, this was not what I meant and this was an incredible experience for me and they were incredibly good to me on this movie, so I did not mean to s— on them at all. I’ve thought about like, writing a note. I feel embarrassed. I don’t want it to feel insincere on any level.”

On her Grey’s Anatomy Emmy scandal:

“I didn’t feel good about my performance,” she explained of her reasoning for not submitting her name to be considered in the 2008 awards ceremony. “There was a part of me that thought, because I had won the year before, that I needed juicy, dramatic, emotional material and I just didn’t have that that season.”

After realizing that her comments might have offended the writers on the show, Heigl said she went to speak with the show’s creator and head writer Shonda Rhimes.

“I went in ’cause I was really embarrassed,” she told Stern. “So I went in to Shonda and said, ‘I’m so sorry. That wasn’t cool. I should not have said that’ … I shouldn’t have said anything publicly, but at the time, I didn’t think anybody would notice. I didn’t know that journalists would see who submitted and who didn’t. I just quietly didn’t submit and then it became a story and then I felt I was obligated to make my statement and ‘shut up, Katie.’ ”

On being labeled "difficult" to work with:

The actress told Stern she sought therapy to deal with the constant backlash she was receiving from the media and anxiety she felt about being branded “difficult.”

“I started going because of the scrutiny – and I was not handling it well,” she said. “I was feeling completely like the biggest piece of s— on the bottom of your shoe. I was really struggling with it and how to not take it all really personally.”

After realizing she was acting timidly on sets to try to avoid being labeled difficult, Heigl decided she need to work on her self-esteem and learn how to accept herself and ignore others.

“I was like, ‘This is nonsense. Stop it. Get some help and own your voice.’ “

Katherine Heigl Has a New Short Hairdo, Just in Time for Summer 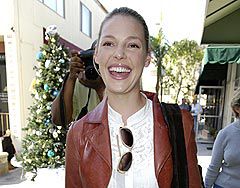 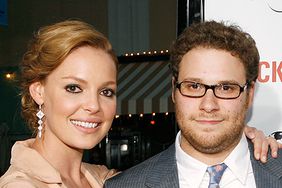