Well, this should make for awkward conversation at the next Winslet family dinner.

Kate Winslet recently revealed that her daughter, Mia, 15, couldn’t hide her jealously when she found out that her mom was shooting a very intimate scene with Liam Hemsworth for her movie The Dressmaker.

“When I told my daughter that I was shooting the scene that day, she spluttered … I took it to be jealousy,” the actress, 40, told BBC’s The One Show on Wednesday.

“But I did feel quite bad for Liam. He’s a sweet guy but I couldn’t stop giggling,” the Titanic star added.

In the upcoming period piece set in the 1950s, Winslet plays a woman who returns to her Australian hometown and meets Hemsworth’s character, whom she falls for. In Mia’s defense, Hemsworth, 25, is closer to her age than her mother’s, and Winslet admits she wouldn’t even know as much about the Aussie as she did if her teenage daughter hadn’t filled her in.

VIDEO: Kate Winslet Did What to Get Her Part in Jobs

“It’s only because of her that I know the name of the character that Liam plays in The Hunger Games – I wouldn’t have a clue otherwise!” she said on This Morning on Thursday. “And it’s rather alarming that she is actually closer in age to Liam than I am … she only pointed that out to me the other day, and I was like, ‘Oh shhh!’ ”

Regardless of that slight age discrepancy, Winslet was quick to sing Hemsworth’s praises. “Liam is a lovely, lovely guy, much is made of how he looks and he’s physically extremely beautiful, but he’s a fabulous chap and was really up for mucking in with the rest of us,” she said, adding, “But my daughter, Mia, was extremely jealous, along with all of her friends.” 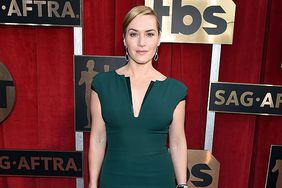 Kate Winslet Says Her Daughter Is Not Happy About Liam Hemsworth and Miley Cyrus Being Back On: 'She Wants Liam All to Herself' 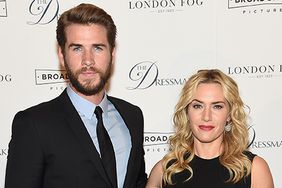 Kate Winslet on Her Age Difference with Liam Hemsworth: 'I Didn't Know How Old Liam Was' 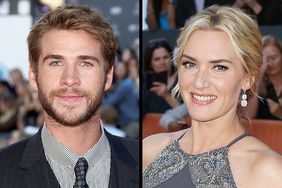 Kate Winslet and Liam Hemsworth Dish on Their May-December Onscreen Romance in 'The Dressmaker' : 'He's About 5 Years Old'

Kate Winslet: 'I Feel Excited About Being 40'