Kate Beckinsale stuck close to her support system on a tough day.

The 45-year-old actress was spotted grabbing dinner in Los Angeles on Tuesday with her mom Judy Loe, 72, and new flame Pete Davidson, 25, on the 40th anniversary of her father’s death.

The trio were seen leaving dinner at Nobu restaurant along with Beckinsale’s stepfather Roy Battersby. Davidson took the wheel with Beckinsale riding shotgun while Batterby and Loe rode in the back of the Range Rover.

Kate Beckinsale Mourns Her Father Who Died at 31 When She Was 5: ’40 Years Is a Lot of Missing’

Earlier in the day, Beckinsale paid a sweet tribute to her late dad Richard Beckinsale, an actor who died suddenly at 31 of a massive heart attack when the actress was just 5 years old.

“40 years is a lot of missing. Thank you so much to everyone who has been kind. Lots of love xx,” Beckinsale captioned a series of pictures showing Richard in different roles. She also posted sweet shots of her as a baby and young child with her two parents.

WATCH: Kate Beckinsale Hilariously Responds to a Meme About Her and Pete Davidson Passionately Making Out

Beckinsale and Davidson, who’s father also died when he was a child, have been getting closer in recent weeks.

“She’s very happy with Pete,” a source close to the actress recently told PEOPLE. “They have really similar senses of humor and she’s always laughing with him.”

The duo have been seen spending time together in recent months after they hit it off at a Golden Globes afterparty in January. Since then, they’ve been spotted holding hands in public twice, and on March 3 were photographed locking lips at a New York Rangers game at New York City’s Madison Square Garden.

Davidson even addressed the romance — and the 20-year age gap — for the first time on Saturday Night Live.

During the end of Davidson’s appearance on Weekend Update, Colin Jost asked if his costar had any new life developments, “like a new girlfriend.” Davidson was initially reluctant but soon opened up about Beckinsale.

“Apparently people have a crazy fascination with our age difference,” replied Davidson. “But it doesn’t really bother us. But then again, I’m new to this.” 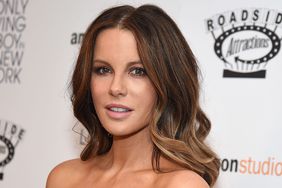 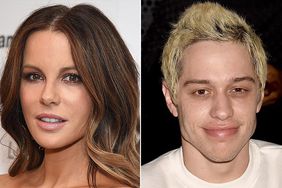 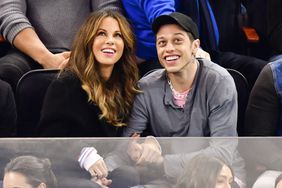 Kate Beckinsale and Pete Davidson Have 'Decided to Slow Things Down,' Says Source