"Either marry them or get pregnant by them," Kate Beckinsale joked, as she revealed she's never been on an actual date and explained why she hates blind dates

Kate Beckinsale has revealed that she does not have much experience when it comes to dating.

"Do you know I've never really been on a date?" the British actress, 47, said in an interview with Extra on Wednesday.

"I literally meet someone, get to know them at work, and then either marry them or get pregnant by them," she joked.

She added that she has no interest in blind dates when it comes to meeting someone new.

"I just can't think of anything I'd hate more than sitting in front of somebody I don't know, that chances are I won't like, and have to sit and watch them eat food," Beckinsale quipped.

Beckinsale has previously said that she prefers "funny" guys.

She was married to Underworld director Len Wiseman from 2004 to 2019, and she shares daughter Lily Mo with ex Michael Sheen, whom she dated from 1995 to 2003.

More recently, she enjoyed a quarantine romance with Canadian musician Goody Grace after she had a brief relationship with Pete Davidson. 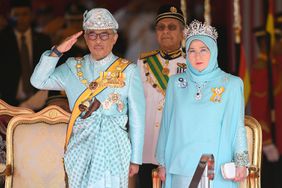