The event is one of the highlights of the festival

The time has come for stars to hand in one of Cannes Film Festival‘s hottest party tickets: the annual amfAR Cinema Against AIDS Gala.

Karlie Kloss and Irina Shayk were among the first to arrive at the exclusive Hotel du Cap on Thursday to attend the perennial highlight event of the festival, which is dedicated to raising funds and awareness toward a cure for AIDS, and is being hosted this year by Kevin Spacey.

Leonardo DiCaprio, who dropped $95,000 for a Mongolian expedition at the amfAR charity auction in February, was among the speakers at the gala.

Earlier in the evening, Helen Mirren and Kirsten Dunst were spotted walking the red carpet.

Katy Perry went full floral for the occasion in a red lace Marchesa gown scattered with rose petals that bloom into full rosettes at her sleeves and train.

Though they walked the carpet separately, Perry was later seen with boyfriend Orlando Bloom once inside the event. The two have been enjoying their French getaway, going on romantic yacht trips and grabbing lunch with some of their famous friends.

And Heidi Klum flaunted her timeless body in a pale yellow dress with a plunging neckline and high slit, while Milla Jovovich turned heads in a slick silver gown with sheer panels.

While speaking to the crowd, Kevin Spacey took the opportunity to slam Donald Trump.

“Foreign films contain two things Donald Trump hates the most: foreigners and reading,” the actor quipped, according to Variety. “Trump would probably love it here, because there are so many casinos to bankrupt.”

A slew of A-list stars have lent their name in support of the cause, including event chairs Adrien Brody, Heidi Klum and Sharon Stone. Co-chairs Adriana Lima and Rosie Huntington-Whiteley are also expected to attend the star-studded benefit.

The Cannes Film Festival runs until May 22. 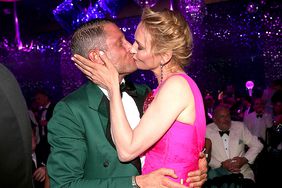 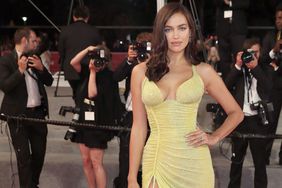 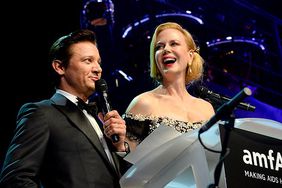 The Hottest Shots from the amfAR Gala 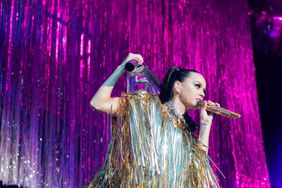 See Katy Perry's 3 Outfits, Models Breaking It Down on the Runway and More Can't-Miss Moments from the amfAR Gala 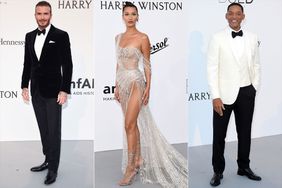 The Most Glam Night of Cannes: amfAR Gala 2013 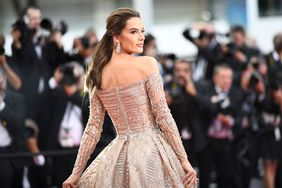 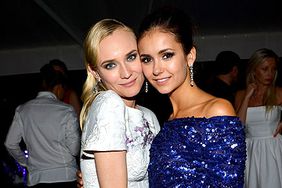 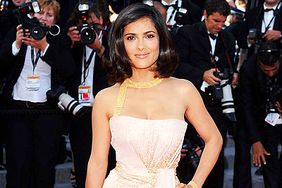