Justin Theroux has spoken out about Brad Pitt and Angelina Jolie‘s split.

“As a child of divorce, all I can say is that’s terrible news for those children and that’s all you can really say,” the 45-year-old Leftovers actor told Business Insider Monday during a press tour for his new film The Girl on the Train, out Oct. 7.

Theroux’s wife, Jennifer Aniston, was married to Pitt for five years before their divorce in 2005.

“It’s boring to sort of comment on anything else,” Theroux added. “People are having a bad time. That’s horrible.”

He also slammed what he called “nonsense” attempts to drag Aniston into the divorce drama.

“There’s an endless appetite for trash, apparently – though everyone would say that they don’t have that appetite,” he explained. “But I think a lot of people do because people buy it.

Theroux continued: “But there are bigger things to bitch about. It’s shocking how much bandwidth things can take up when there are far more important things going on in the world.” 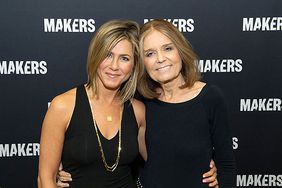 Courteney Cox Defends Jennifer Aniston Amid Angelina Jolie and Brad Pitt's Divorce: 'It's Not About Her' 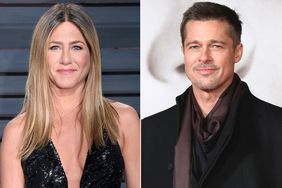 Brad Pitt and Jennifer Aniston Have Been in Touch Via Text: 'They Have Been Friends for a While,' Source Says