The Science Behind 'Jurassic World' : How Dinosaurs Could Be Making a Comeback in the Next Five Years

Jurassic World consultant and famed paleontologist Dr. Jack Horner says the movie's premise isn't as farfetched as it may seem

Jurassic World’s genetically modified super-dino, the Indominus Rex, may seem like science fiction, but paleontologists and geneticists are closer than you might think to splicing dinosaurs back into existence.

But before they can recreate a terrifying, 40-foot-long killing machine (assuming they still want to after watching the movie), scientists are starting smaller – with many believing the key to bringing back dinosaurs lies in none other than the modern day chicken.

When he first started advising Steven Spielberg, Horner and his colleagues believed the most viable way to bring a dino back to life was through tapping into ancient strands of genetic code. (The animated DNA cartoon from the first film does a good job of explaining where scientist’s heads were at 20 years ago.)

Since then, further study into the way DNA degrades over time has ruled that option out. But in a classic case of life imitating art, Horner says that the genetic engineering angle of the Jurassic World plot gave him an idea: What if the best way to produce a dinosaur is by reversing evolution?

In other words, what if we took a bird like a chicken (which already holds the prehistoric genetic markers of its dinosaur ancestors) and flipped the right switches to mutate the animal back to its prehistoric roots.

It turns out this option is not only possible, but Horner believes half the work in creating the “Chickenosaurus” (his name, not ours) is already complete.

“Of course birds are dinosaurs,” Horner reminds PEOPLE, “so we just need to fix them so they look a little more like a dinosaur.”

He notes that the four major distinctions between birds and dinosaurs are: “Dinosaurs had long tails, arms, and hands – and through evolution they’ve lost their tails, and their arms and hands have turned into wings. Additionally, their whole snout has changed from the velociraptor-look to the bird-like beak morphology.”

Are you ready for Jurassic World?

Therefore, to change a bird back into dinosaur, Horner is working to flick the right genetic switches “in such a way that we’ll get these ancestral characteristics back.”

In what Horner calls a definitive “proof of concept,” a group at Harvard and Yale “just recently, within the last few weeks, were able to transform the head of a bird back to actually reverse-engineer the bird’s snout back into a dinosaur-like snout.”

Currently, the doctor is working on retro-engineering the tail portion back into existence.

“Basically what we do is we go into an embryo that’s just beginning to form, and use some genetic markers to sort of identify when certain genes turn on and when they turn off,” Horner explains. “And by determining when certain genes turn on, we can sort of figure out how a tail begins to develop. And we want to fix that gene so it doesn t stop the tail from growing.”

With the Harvard/Yale group’s breakthrough in the snout department, Horner believes the “Chickensoraus” could become a reality in the next five to 10 years.

“We can make a bird with teeth, and we can change its mouth,” he says. “And actually the wings and hands are not as difficult. We’re pretty sure we can do that soon.”

According to Horner, “the tail is the biggest project. But on the other hand, we have been able to do some things recently that have given us hope that it won’t take too long.” 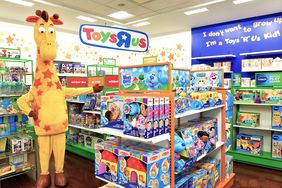 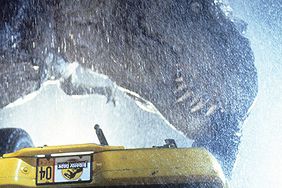 The Scopes Trial Settled the Issue of Evolution, Right? Wrong: Darwin Is on the Run Again, Claims An Expert

Send in the Clones 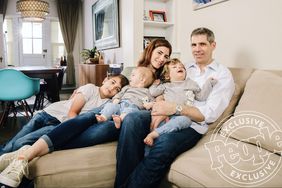