The Oscar winner and director husband Bart Freundlich have made four films together, including their most recent After the Wedding

Julianne Moore met her husband on set — and they’ve only gotten better at working together since.

The Oscar winner, 58, joined husband Bart Freundlich for a fourth film, After the Wedding, which she stars in and he directs. The couple also produced the movie, and stepped out together on the carpet for an Aug. 7 screening in New York hosted by the Cinema Society and Chopard.

“I’m pretty familiar with working with my husband, so it didn’t feel out of the ordinary,” she told PEOPLE. “I think if anything, I’m highly sensitive to his moods, and so I know when things are bothering him.”

Freundlich’s 1997 film The Myth of Fingerprints brought the couple together before it even came out, as they began dating during the making of it. Moore told PEOPLE in March their relationship “was pretty unexpected.”

They had their first child together, son Caleb, 21, after releasing The Myth of Fingerprints. They then worked together on 2001’s World Traveler before they had a daughter, Liv, 17, in 2002 and married the following year. In 2005, they rejoined for Trust the Man.

Before the screening began, Freundlich, 49, introduced his wife as his “partner in life and film.”

After the Wedding, also written by Freundlich, is a gender-swapped remake of a 2006 Danish film. Michelle Williams plays orphanage volunteer Isabel, trying to get business executive Theresa, played by Moore, to fund her cause. When Isabel gets swept into attending a wedding for Theresa’s daughter (played by Landline actor Abby Quinn), she realizes Theresa’s husband, played by Billy Crudup, is a character from her past.

RELATED VIDEO: How Julianne Moore and Her 16-Year-Old Daughter Liv Are Teaming Up to End Gun Violence

Moore previously told PEOPLE that marriage is “a container for a family and that’s why legal marriage is important — that everyone be allowed to be married, every couple, because it’s a way of saying to the world, ‘I’m legally committed to this person and I’m going to make this container for the two of us, and then our children, and our life together.’”

“Our container is pretty good,” she added of her marriage to Freundlich. “It’s not airtight but it’s pretty good, especially now having one child [Caleb] who is 21, who is almost finished with college and then another [Liv] who will go to college in two years, you think, ‘Wow we did it!’ We are intact and we are happy.”

After the Wedding opens in limited release Aug. 9. 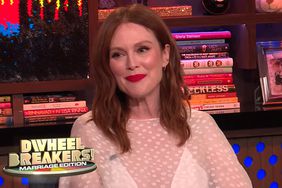 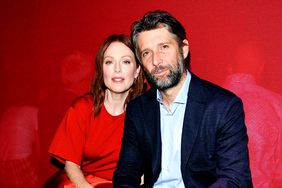 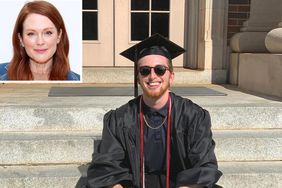 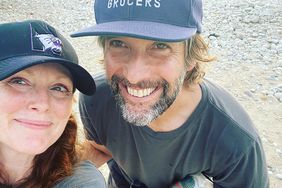 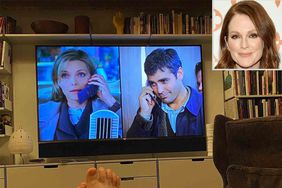