Julia Roberts is sending all her love to her former costar Brad Pitt.

The Ben Is Back actress, 51, shared a #TBT photo of herself and Pitt, who turned 55 on Tuesday, on the set of their 2001 film The Mexican.

“Happy Birthday to one of the all time GREATS. 🎂 💕💕LOVE 💕,” Roberts wrote in the caption.

The same year The Mexican was released, the two were also seen onscreen together in Ocean’s Eleven with mutual friend George Clooney.

Roberts and Pitt continued working together in the 2002 films Confessions of a Dangerous Mind and Full Frontal (in which Pitt appeared as himself) as well as 2004’s Ocean’s Twelve.

During an interview on The Hollywood Reporter’s Awards Chatter, Roberts said Pitt was the one movie star who impresses her the most when it comes to how he handles the challenges of fame.

The Oscar-winning actress told Allure in 2015 there was a “sweet shift” in her relationship with Pitt, Clooney and Matt Damon while she was pregnant.

Brad Pitt, Leonardo DiCaprio Bring Back ’60s Fashion While Making Once Upon a Time in Hollywood

“At George’s house, I remember walking down this path pregnant with Phinn and Hazel and turning the corner, and all the boys were sitting at the table having lunch. They were like, ‘Oh, come sit down.’ I wasn’t allowed to walk the stairs,” she recalled while speaking of her pals.

The Homeland star admitted it was nice to see her pregnancy bring out their softer sides.

“It was such a sweet shift in our relationships because originally, it was all pranks and teasing each other,” she continued. “And here I am pregnant, so it’s like pulling out my chair and just making sure I have enough water, and ‘Are you feeling okay? You look a little peaked.’ ‘I’m fine.'” 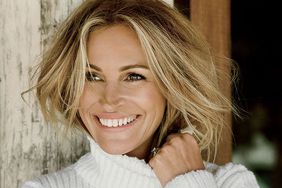 Julia Roberts Says George, Brad and Matt Cut Down on the 'Pranks and Teasing' When She Was Pregnant: 'It Was Such a Sweet Shift' 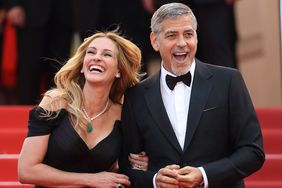