The couple, who share three children together, tied the knot in 2002

On Wednesday, the couple — who tied the knot it 2002 and share three kids together — attended pal Sean Penn‘s 10th annual CORE gala in Los Angeles.

Roberts, 52, wore a plaid green skirt suit for the night out, while her cinematographer hubby, 50, opted for a classic black-and-white ensemble.

The event for Community Organized Relief Effort, which Penn, 59, founded in response to the 2010 Haiti earthquake, also attracted stars like Alyssa Milano, Connie Britton and Leonardo DiCaprio, who stopped to catch up with Roberts during the evening.

Julia Roberts Says Husband Danny Moder Is ‘an Awesome Human Being’: ‘We Have So Much Fun’

The Oscar-winning actress posted a photo on Instagram at the time in honor of their anniversary, modeling a T-shirt that featured an old-tinted picture of Moder popping a wheelie on his bike.

Moder and Roberts married on July 4, 2002, after meeting on the set of the 2000 film The Mexican, where Moder worked as a cameraman.

Though the couple is ultra-private about their family lives, they occasionally share tributes to each other on Instagram.

In January 2019, Roberts shared a fun post from last year’s Golden Globes showing her smooching Moder in the backseat of a car — all while balancing a large In-N-Out burger in her left hand.

In 2017, the Pretty Woman star told PEOPLE that she found her fairytale ending with Moder.

Speaking with Extra a year later, Roberts again gushed about her husband, calling him an “awesome human being.”

“If we go to work together and go home together, all that work time, when you come home and [say], ‘Oh, honey, how was your day?’ We did all that in the day and in the car,” she told the outlet. “So when we got home we got to put that all away, which was really delightful.” 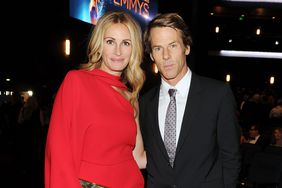 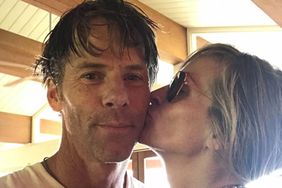