Jon Voight has wonderful things to say about his daughter Angelina Jolie’s relationship with her children.

“She loves her kids, she’s always involved with them, always concerned for them,” he told reporters while attending the seventh annual Gold Meets Golden — a pre-Golden Globes gala — on Saturday in Beverly Hills.

The four-time Golden Globe winner went on to share that one of the biggest lessons of being a grandfather is that “every child is unique.”

“They all have something special, and what you want to do is provide them with the tools to express that,” Voight noted.

While attending the event, Voight also expressed admiration for Pitt, who is nominated for best supporting actor in a motion picture for his role in Once Upon a Time…In Hollywood.

“I am proud of Brad, and that was a very unusual movie, and a very successful one, a very dynamic movie,” the actor said, going on to mention several of his friends who have also gotten nods.

“Of course, it’s nice to see my friends Joe Pesci and Al Pacino,” he said. “[Robert] De Niro wasn’t up this year, but he’ll probably get an Academy [Award] or who knows, you never know. But, they’re all brilliant.”

Jolie and Voight were estranged for nearly seven years before ending their feud in 2010 at the urging of Pitt, 56, who convinced the actress to mend fences.

“He’s been very good at understanding they needed their grandfather at this time,” the actress told Vanity Fair in July 2017. “He knows kind of the rule—don’t make them play with you. Just be a cool grandpa who’s creative, and hang out and tell stories and read a book in the library.”

In a recent interview with Harper’s Bazaar, Jolie spoke about how her children helped her “embrace” her true self again.

“The part of us that is free, wild, open, curious can get shut down by life,” Jolie told Harper’s Bazaar. “By pain or by harm. My children know my true self, and they have helped me to find it again and to embrace it.”

“They have been through a lot,” she continued. “I learn from their strength. As parents, encourage our kids to embrace all that they are, and all that they know in their hearts to be right, and they look back at us and want the same for us.” 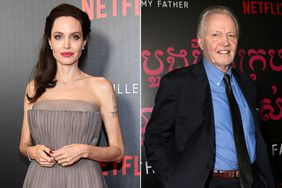 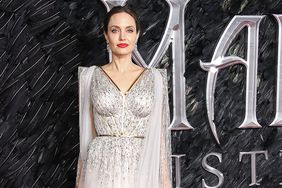 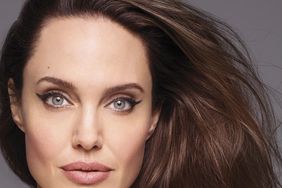 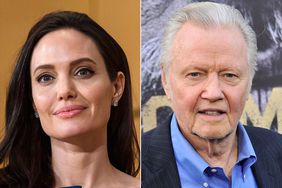 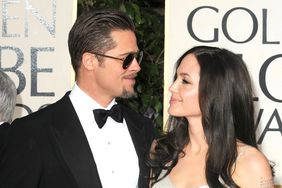