The trio gathered at Depp's house on Sunday

What do you get when Johnny Depp, Charlie Sheen and Kevin Dillon hang out together? A Platoon reunion!

The actors gathered at Depp’s Hollywood Hills home in Los Angeles on Sunday to celebrate the 30th anniversary of the Oscar-winning Oliver Stone-directed film, according to a photo shared on Dillon’s Instagram.

Though the war drama, inspired by Stone’s tour of duty in Vietnam, premiered on Dec. 24, 1986, it appears it’s never too late for a get-together among former costars!

Over three decades ago, a 20-year-old Sheen starred as Stone’s onscreen alter ego PFC Chris Taylor, whose purity of soul becomes the murderous plaything in an allegorical battle of Good and Evil. (Fun fact: Keanu Reeves originally turned down down Sheen’s role because of the violence).

Sheen was not favored with one of Platoon’s eight Oscar nominations in 1987, but costars Willem Dafoe and Tom Berenger were nominated for Best Supporting Actor. Stone took home the best director award, and his film beat out Hannah and Her Sisters, The Mission, Children of a Lesser God, and A Room With A View for best picture.

“Charlie was a dumb-struck 17-year-old the first time he came in for the film, back when we were going to make it in ’84. And in those two years, he’d grown and seemed perfectly wide-eyed and had a vaguely privileged look,” Stone told Entertainment Weekly in May 2011, when Platoon was released on Blu-ray back to commemorate its 25th anniversary. “I think he did a great job. He was perfect for the movie. He conveys the horror of the place. I like his performance.”

As for then-rising star Depp, who was 22 at the time, Stone knew he was going to be a star.

“He was a great looking kid. He was considered for other roles, but I didn’t think he was quite ready at that time to play Charlie’s role,” the famed director recalled to EW. “We got to know each other pretty well in the jungle and I really thought he was going places. He was shy. I think it was before Jump Street.” 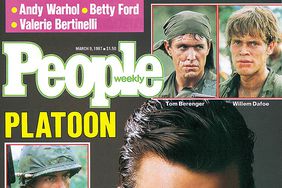 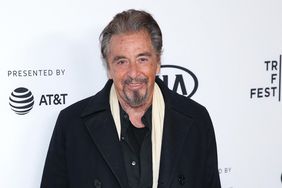